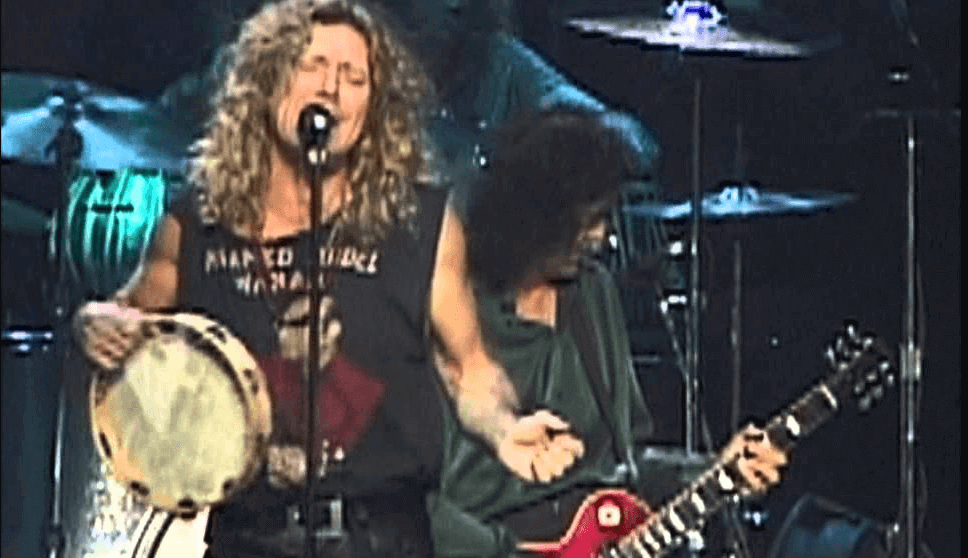 Back in 1996 Jimmy Page & Robert Plant played in Tokyo, Japan with The Pharaoh’s Egyptian Ensemble and Osaka Symphony Orchestra. And they played many Led Zeppelin songs, and the one they choose to close the concert was “Rock And Roll”.

Jimmy Page and Robert Plant recorded and toured in the mid-1990s under the title Page and Plant. They re-united in 1994 and, after recording a highly successful first album, they embarked on a world tour. They then recorded a second album, followed by another world tour, before disbanding at the end of 1998. They later briefly reunited in 2001.

The initial plans for a reunion were made in 1993, with discussions between the two of collaborating emerging from casual small talk and then an invitation to perform on MTV Unplugged. 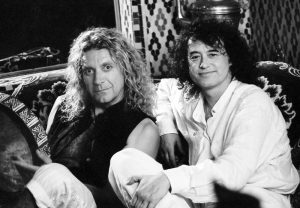 Music producer Bill Curbishley, who had been managing Plant since the 1980s and who assumed management of Page in 1994, was integral in the reuniting of Page and Plant. Despite failed attempts by others to reunite the pair, Curbishley was able to persuade the previously reluctant Plant into working with Page again.

In an interview he gave in 2004, Page recounted the background.

“I was going to play in Japan with David, the only time we played live, and I had a call from Robert’s management to pop in and see Robert in Boston on the way to LA to rehearse. Robert said, “I’ve been approached by MTV to do an Unplugged and I’d really like to do it with you”, so I said OK. It gave us a chance to revisit some numbers and use that same picture with a very, very different frame.”

Back In Time: Pete Townshend talks about The Beatles
Joe Satriani says that the key thing about a good riff is simplicity
To Top