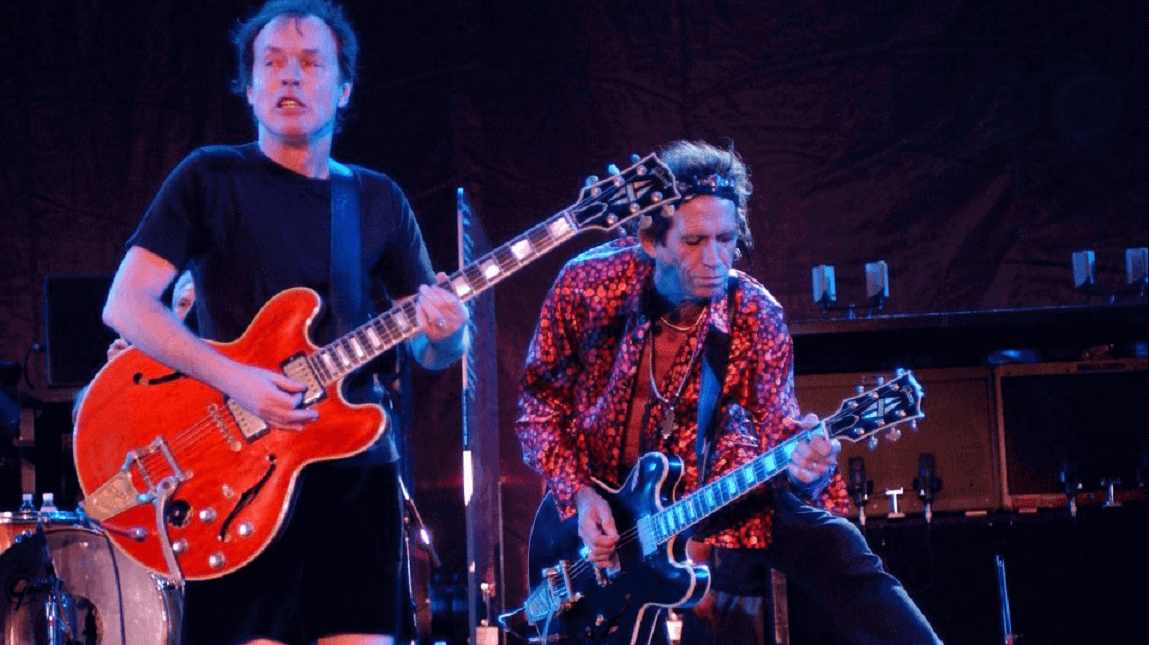 Back in June 2003, in Festwiese, Leipzig (Germany), AC/DC’s guitarist Angus Young joined The Rolling Stones on stage to perform an amazing version of “Rock Me Baby”, a classic blues song that has become one of the most recorded blues songs of all time.

It is difficult to attribute it to a single songwriter since it is based on earlier blues songs and has been interpreted and recorded by numerous artists in a variety of styles. When B.B. King’s recording of “Rock Me Baby” was released in 1964, it became his first single to reach the Top 40 in Billboard magazine’s Hot 100 chart.