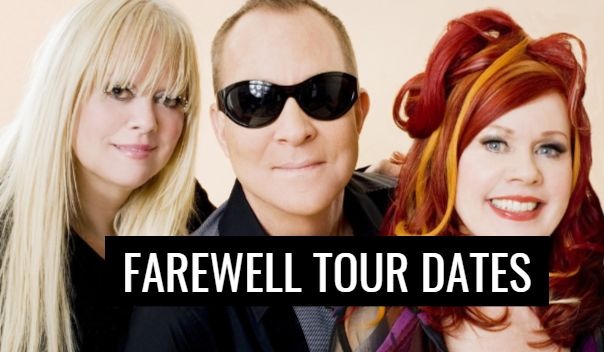 The B-52’s, one of the most iconic names of the 80’s, has just announced a farewell tour of Europe through its official website. The iconic band recently celebrated its 40th anniversary with a strong North American tour alongside Boy George & Culture Club and Tom Bailey of the Thompson Twins.

In May, the veterans have appointments at three festivals in the United States, from then on for the European tour from June 21 in Spain to perform at the Azkena Rock Festival. There are 11 dates on European soil for a new return to America in August. From September the B-52’s will have to amend new dates and there is the possibility of the band engaging a farewell tour in South America.

Known for songs that marked the 1980s, such as “Love Shack,” “Pivate Idaho,” and “Legal Tender,” the American group formed in 1976 in the city of Athens, Georgia, features Kate Pierson and Cindy Wilson on vocals, Fred Schneider on vocals and keyboards, and Keith Strickland on guitar and programming.

The B-52’s released six albums between 1979 and 1992, the latest Fumplex, released in 2008. The band is currently working on a documentary and its first official book. These new materials do not yet have their release schedules set.