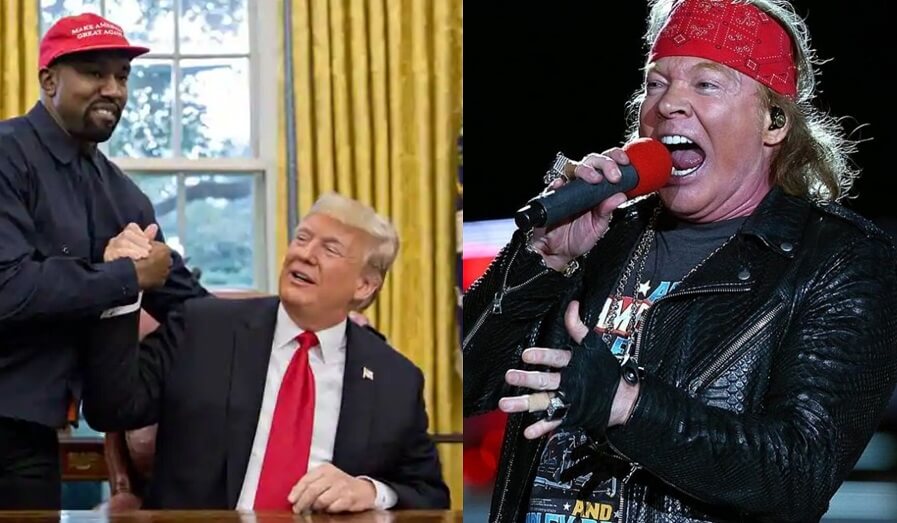 Last Thursday (11), Kanye West appeared in the White House to visit Donald Trump ahead of several journalists and photographers. As you might imagine, the episode caused a rage on the internet, and one of the people who criticized West for the attitude was Axl Rose.

The frontman of Guns N ‘Roses called the situation a “joke” on his Twitter:

“What a joke. Not gonna solve anything in Chicago or anywhere else with any of that attention seeking nonsense.”

“Oh n’ don’t let any of this distract from the Khashoggi killing.”

During his visit, West uttered phrases like “Trump is on his hero’s journey,” and asked that Saturday Night Live – which did not show his speech in favor of the president – and the “liberals” who understand that “if he is not well, we’re not well. This is our president. ”

For his part, Trump praised Kanye West and even said that he “could very well be” a future presidential candidate.