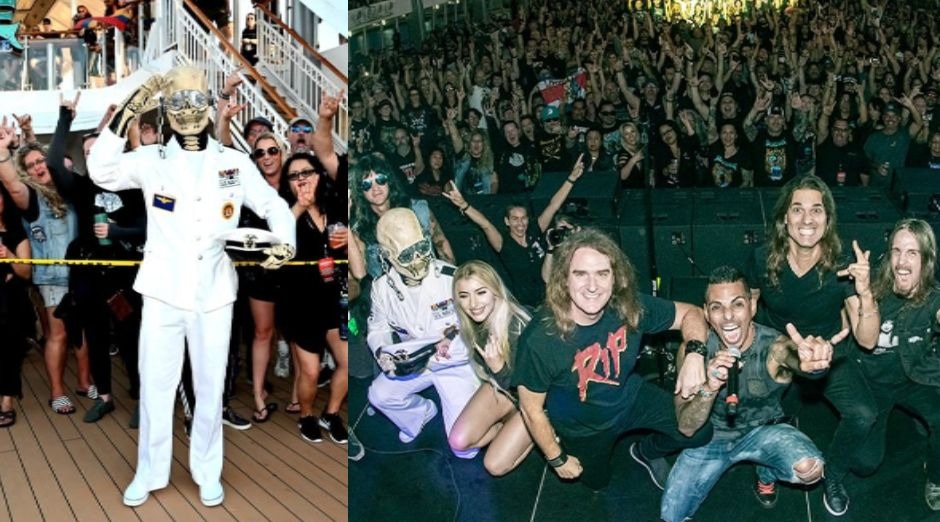 The cruise made a round trip between California and Mexico. Due to Dave Mustaine cancer treatment Megadeth didn’t performed as a complete band at the cruise, participating only in small presentations by the other band members, David Ellefson, Kiko Loureiro and Dirk Verbeuren.

Watch some of the bands playing at the cruise:

Called Norwegian Jewel, Megacruise website specified the ship as: “ a Jewel Class ship feels as though she has been designed specifically for the concert cruise market. Featuring some of the hottest venues on the high seas, delectable dining options and topped off with the friendly and attentive service that NCL is well known for…this experience will impress even the most discerning cruise and music fan!”