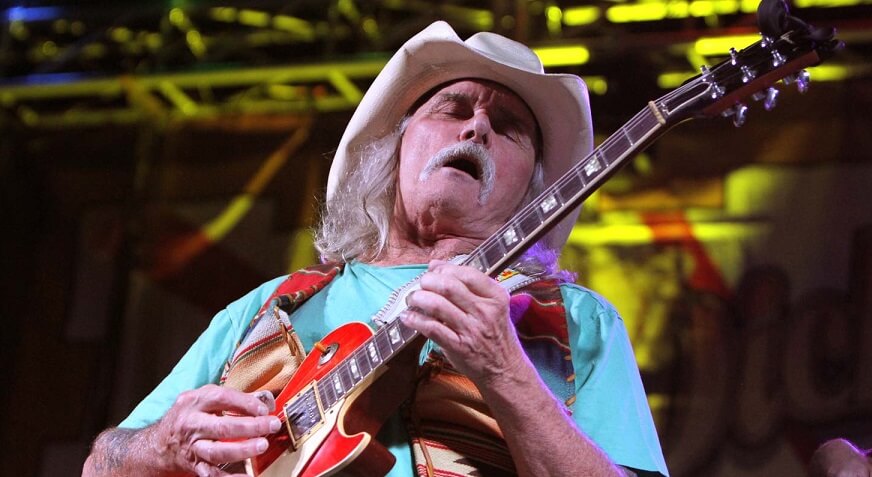 Dickey Betts, guitarist for the Allman Brothers Band and one of the group’s founders, suffered a home accident on Monday (17) and has been hospitalized ever since.

The information is from “Billboard” and the band confirmed the case in their social networks, classifying it as a “bizarre accident”. Betts was in the backyard of his home in Little Sarasota Bay, USA, when he slipped and fell on his head, suffering a brain injury.

An official statement, posted on their social networks this Wednesday (19), reveals that Betts is under sedation and must undergo surgery on Friday to relieve pressure on the skull.

Read what the family said:

“The family thanks him for his positive thoughts and prayers at this difficult time. Dickey is a notorious fighter, and he is showing it now!” Wrote the guitarist’s wife, Donna, on the social networks.

Last month, the 74-year-old musician had already suffered a stroke, forcing his band to cancel some tour dates. He was responding well to the treatment, but the new accident will prevent him from returning to the stage on November 1, as expected.

You can read the official statement on the musicians website here.

Grammy winner, guitarist, vocalist and songwriter was included in the Rock And Roll Hall of Fame along with the other members of the Allman Brothers Band in 1995. He currently tours with his own band.

Watch Flea shows his talent with bass, trumpet and loops in solo concert
On petition, thousands of fans demand investigation into Prince’s death
Advertisement
To Top