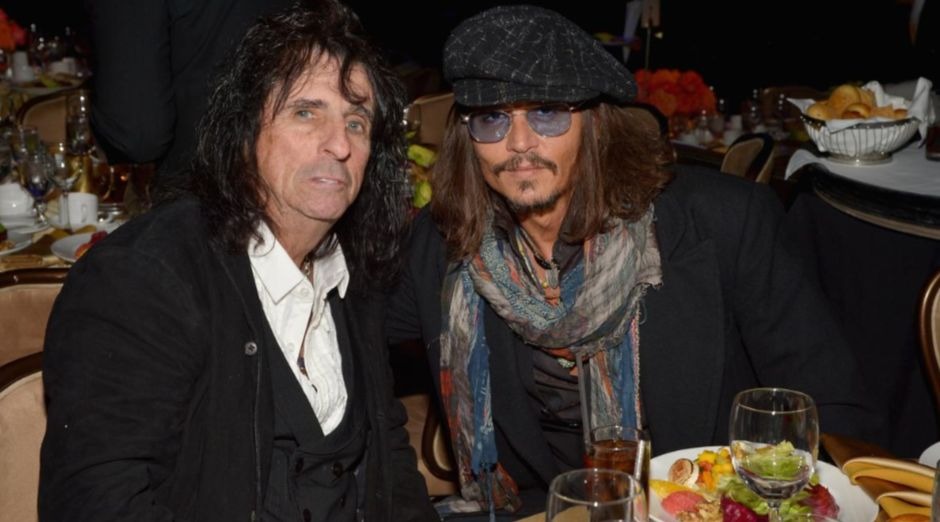 The shock-rock king Alice Cooper and actor Johnny Depp are good friends. And they are bandmates on the supergroup Hollywood Vampires, alongside Joe Perry. When asked in an interview with Yahoo about a possible biographical movie of his career, Cooper said that Depp would be the “Best Guy” to be him on the movie.

Alice Cooper said about possible biopic and having Johnny Depp playing him:

“I hope it’s not of those where we get to die first… Usually, it’s gonna happen with bands that were extremely commercially successful. Whereas Alice was successful and we sold a lot of records, but I did not appeal to everybody.

“I was definitely on the darker side. And I think that it would make a great movie, myself. And if Johnny Depp were just better looking, he could play me. Johnny would be the best guy to play me. Because he really likes to take those characters that nobody else wants to play.

“And he loves prosthetics – he would get my nose in there and the whole thing like that. He knows me well enough now where he could imitate me pretty well, I’m pretty sure.” 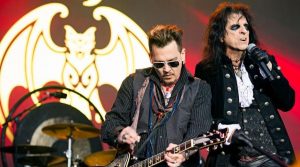 Alice Cooper is the stage name of Vincent Damon Furnier, born in Detroit, February 4, 1948. He became known worldwide in the 1970s for his innovative rock concerts designed to shock and provoke audiences, along with obscene, obscure and bloody lyrics that, along with her gothic look, transformed Alice into a rock icon that continues to be a source of inspiration. for artists of all styles to this day. Throughout his career, Cooper has released 26 studio albums and has sold over 50 million copies.

Alice Cooper was originally the name of the band that Vincent Furnier was part of as a vocalist, along with Glen Buxton and Michael Bruce on guitars, Dennis Dunaway on bass and Neal Smith on drums, and with whom he released seven albums. However, the band broke up and Vincent adopted the pseudonym Alice Cooper for himself. And legally got the name shortly after,