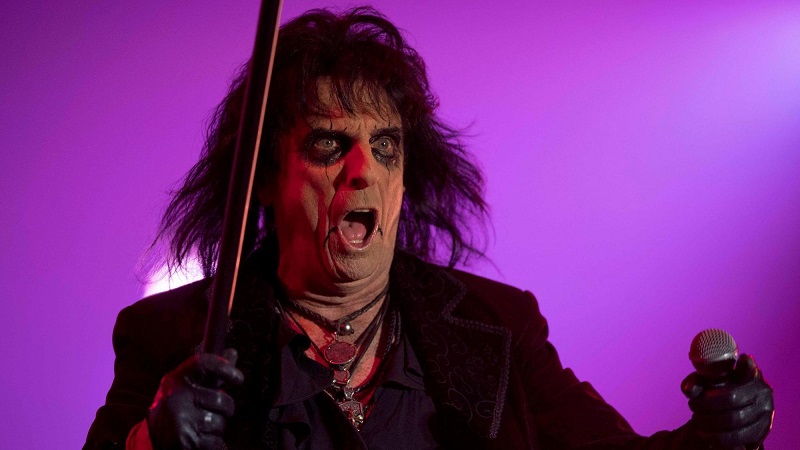 “Isn’t it interesting that the girls are the ones doing all the big productions? Lady Gaga does an amazing production, and she really knows what she’s doing up there – same with Shakira, same with Rihanna.

“It’s amazing that the girls are taking over the big productions and the guys have become very introverted. I don’t quite understand why a young rock band would be introverted rather than, ‘I’m a rock star. Let me loose! Get me up there and let me rock that place!’ 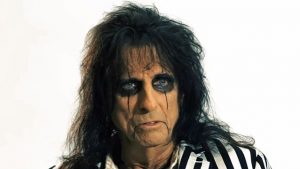 What is it about these women who are filling that void that audiences are really responding to right now? They’re mounting these massive productions like yours, but they’re not necessarily playing a part. Gaga’s direct about where she’s coming from, and she wears her heart on her sleeve.

“I think Gaga in particular is very similar to Alice Cooper. When I met her and got her autograph – I brought my daughter to see her – and it said, ‘Dear Alice, Thank you for letting me steal your show.’ [Laughs] 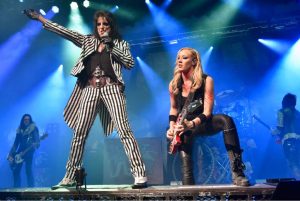 “It gives me an opportunity to be a little bit more outrageous in a lot of ways, and be a little politically incoherent. I totally understand the Lady Gaga thing. It’s just amazing to me that more guys haven’t jumped in and done big productions.

“Bruno Mars – that guy’s one of the most versatile guys I’ve ever seen. He’s more versatile than Michael Jackson, I think. There’s a guy who really knows what he’s doing up on that stage. He gets it. 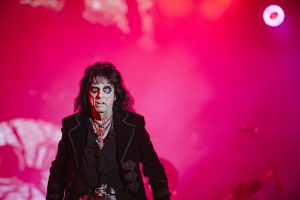 “All of these bands, you look at them, and you go, ‘Wow, these guys really knew what they were doing.’ And then it went away. So I think there’s going to be a resurgence of that.”