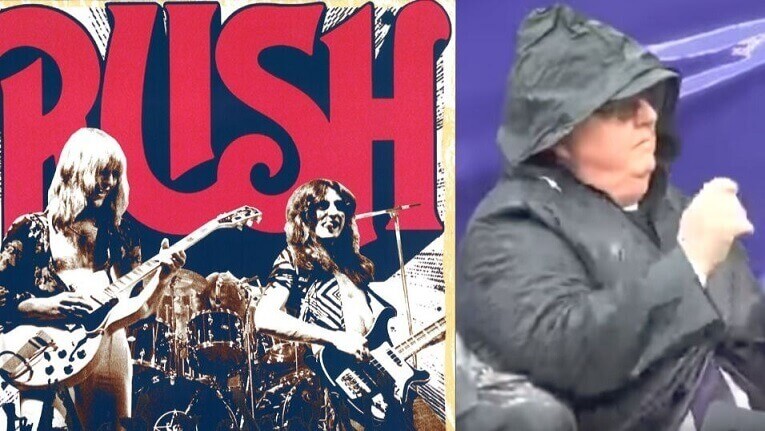 Pete Zirpolo, 44, of Baltimore marching band Marching Ravens, played Tom Sawyer so well on his imaginary drums that he deserved a comment from Rush himself on his social networks: “The master would approve!”

The professor would approve! https://t.co/GNw0rqIWmf

“Tom Sawyer” is a song by Canadian rock band Rush, originally released on their 1981 album Moving Pictures as its opener. The song relies heavily on Geddy Lee’s synthesizer playing and Neil Peart’s drumming. Lee has referred to the track as the band’s “defining piece of music…from the early ’80s”.

It is one of Rush’s best-known songs and a staple of both classic rock radio and Rush’s live performances, having been played on every concert tour since its release. It peaked at #25 on the UK Singles chart in October 1981, #24 in Canada,  No. 44 on the US Billboard Hot 100, and  No. 8 on the Billboard Top Tracks chart.

In 2009 it was named the 19th-greatest hard rock song of all time by VH1. “Tom Sawyer” was one of five Rush songs inducted into the Canadian Songwriters Hall of Fame on March 28, 2010.

The song has made many appearances in television and is frequently referenced in media.