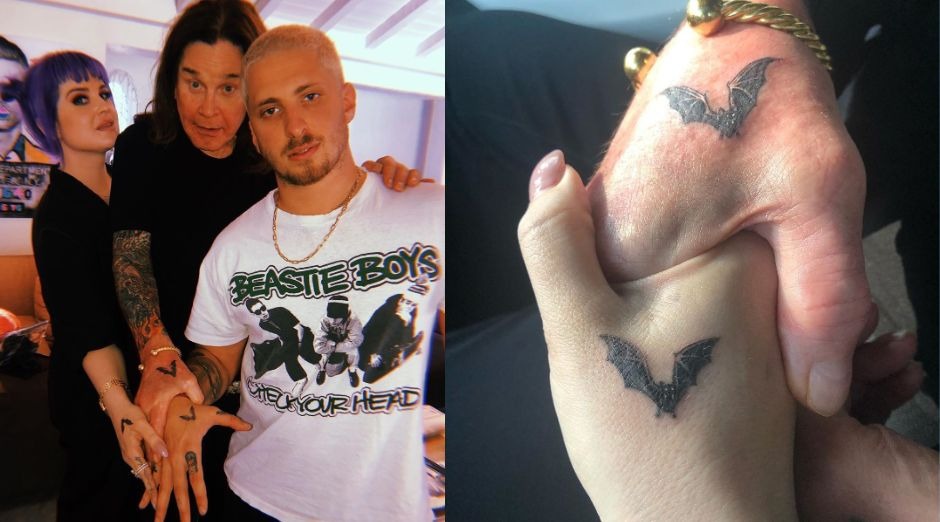 Ozzy Osbourne health has been questioned by fans after the singer postponed his tour dates after a health issue.

At 70, Ozzy Osbourne decided to get another tattoo, this time to remember one of the most memorable moments in the musician’s history. It all happened in 1982, when he bit the head of a real bat, when he thought it was a fake animal.

Beside daughter Kelly Osbourne, the Prince of Darkness tattooed a bat on his right hand, as she posted in the photo below:

That was Ozzy Osbourne’s reappearance after a wave of nasty comments hit the internet over the artist’s alleged ill health. The Radar website did one more nasty publication, and said the singer was “on a crazy train [reference to the song” Crazy Train “] until an early death.”

Sharon, wife and manager of Osbourne decided to comment on the case, and on her CBS show The Talk, she stated:

“Actually, I’m not too shocked, as everyone knows, but why do people say this is true? How cold and insensitive are these headlines? Where is people’s empathy? I was always open with everyone and Ozzy too. He had a terrible, terrible moment of bad luck with his health, one thing after another. And after he fell, it was horrible for him. But he is getting better. He is recovering. Why say, like, he’s on a crazy train, that’s so disrespectful.”