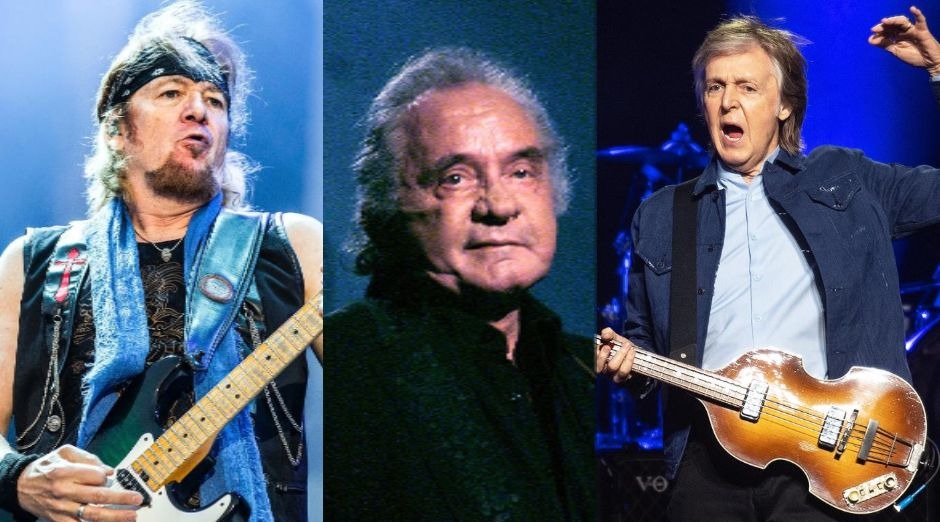 In an interview with ‘Talk Is Jericho’, Iron Maiden guitarist Adrian Smith recalled unpublished stories from the band’s past that involves Paul McCartney and Johnny Cash.

“Dave Murray [Iron Maiden guitarist] said that when he met Paul McCartney, the first thing Paul said to him was, ‘My kids have Iron Maiden posters hanging on the walls.’”

“Johnny Cash said the same thing – How bizarre is that? Johnny Cash appeared on a sound check for a concert of ours. I’m on stage going through ‘Wrathchild’ or something and I think ‘Holy shit, it’s Johnny Cash!’ ”

“So we finished the sound check, went to the dressing room and there came Johnny. He’s the most lovable guy, with wonderful energy. And he came with his band and said to me, ‘My grandchildren love you.’ Of course, I asked for his autograph. (Laughter)”.

Adrian Frederick “H” Smith (London, 27 February 1957) is an English guitarist known for playing in Iron Maiden. He is considered, along with Dave Murray, one of the best and most influential guitarists of all time.

He joined the band shortly after the departure of Dennis Straton, on the recommendation of his friend Dave Murray. After that, Adrian stayed on Maiden for 9 years (1981-1990), leaving at the end of the decade to try other projects, and returned to Bruce Dickinson in 1999, after recording two singers’ solo albums. Before that he worked on other projects like ASAP and Psycho Motel. In 2010 he founded the band Primal Rock Rebellion.