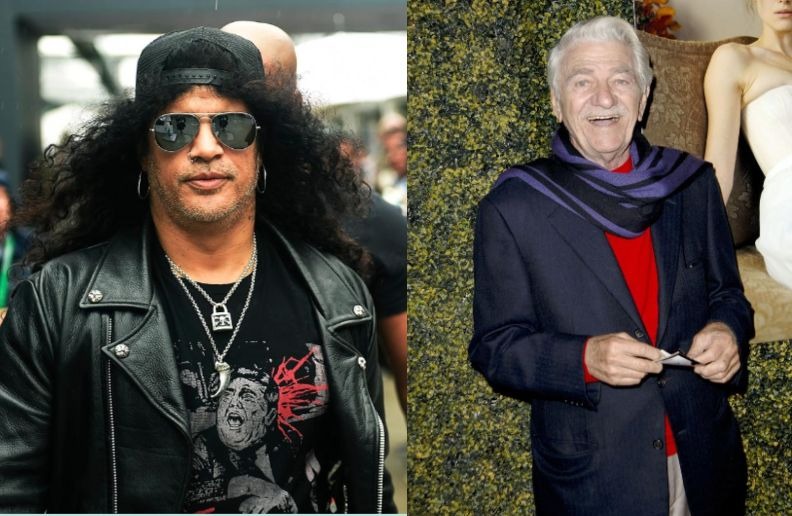 The actor Seymour Cassel died at 84. With a long career in film industry he was nominated for an Oscar for best supporting actor for his work on the film “Faces” in 1968. Seymour, who lived in Los Angeles, had been suffering of Alzheimer’s disease.

He was remembered by guitarist Slash on his twitter, as he was responsible for baptizing the then young musician Saul Hudson with this nickname, which would be a sort of a joke for the word “flash”.

He said in an interview:

“My dad’s best friend is an actor named Seymour Cassel, and I used to visit his house. He always called me Slash, and the nickname ended up being,” the guitarist revealed in an interview. “Then in 1991 or 1992 I went to lunch with him and asked him where he had taken it from, and he explained that it was because I was always running, never stopping to talk to anyone. Every time he saw me I was passing even one lightning or something.”

RIP to my old friend #SeymourCassel

Another director who frequently told the actor in his works was Wes Anderson, one of the most prestigious names in contemporary cinema.

Cassel was born in Detroit in 1935 but lived most of his childhood in New York.

The veteran actor went through some dark times throughout his life. Cassel had problems with alcohol and drug addiction, and in 1981 he was sentenced to six months in prison for possession and attempted distribution of cocaine.