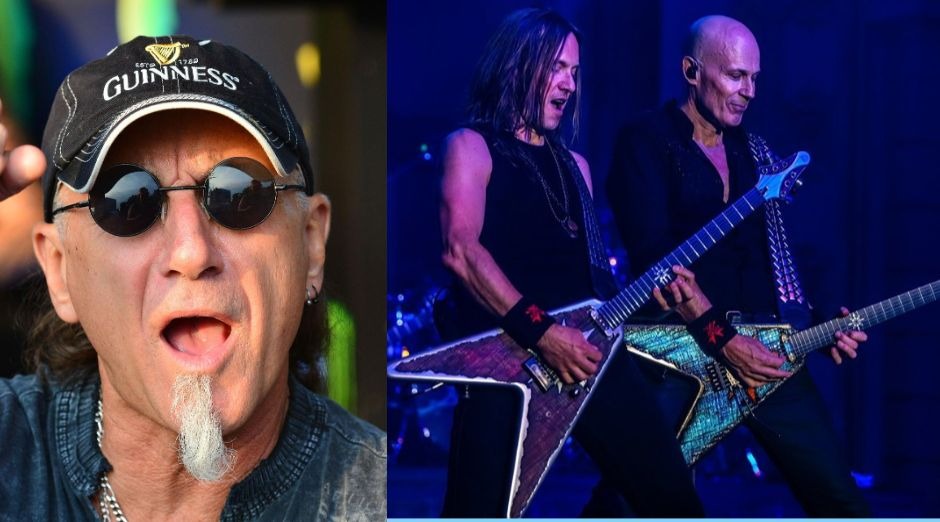 Accept announced on November 1 through their social networks the entry of guitarist Philip Shouse in the band, now they have three guitar players. The decision came after Phil replaced Uwe Lulis during this year’s Symphonic Terror tour. Uwe has been dealing with a leg injury for a long time and, as a result, suffers from many surgeries.

“ACCEPT are getting ready for two upcoming North American dates next week on November 8th at the Arcada Theater in St. Charles, IL and November 10th at the Foamhenge Festival in Houston,TX.”

“Unfortunately, Uwe Lulis will not be able to join us for these two shows as he recuperates from recent reconstructive surgery on his leg from injuries he received to it in a near fatal motorcycle accident a decade ago. Uwe has dealt with the injury for a long time and has had many surgeries as a result.”

“In the process of finding coverage for Uwe for these shows, everybody remarked how they loved working with Philip Shouse during this year‘s Symphonic Terror Tour so we asked if he could help us out for these two shows. To our and Uwe’s great relief – he said yes!”

“During the next few days as lots of e-mails and discussions about the Ins and Outs for the 2 gigs and rehearsals in Nashville lead the band to an unexpected question: Why doesn‘t Phil join us and stay as a permanent member of ACCEPT? The answer? It was unanimous! Everyone agreed and Phil did too!”

“After his recovery, Uwe will continue to tour with ACCEPT and rejoin the guys for the upcoming South American shows in December. Wolf in support of his bandmate says, “Uwe became a great friend for all of us and after his recovery he might need to adjust his stage moves a bit – which is no problem with all the support he has from us! We are here for you, brother!””

“ACCEPT would like to welcome Phil into the band and wish Uwe a speedy recovery and invite the fans to see this brand new ACCEPT version with PHIL, UWE & WOLF on Guitar, CHRISTOPHER on drums, MARTIN on bass – and THE Voice: Mighty MARK TORNILLO!”