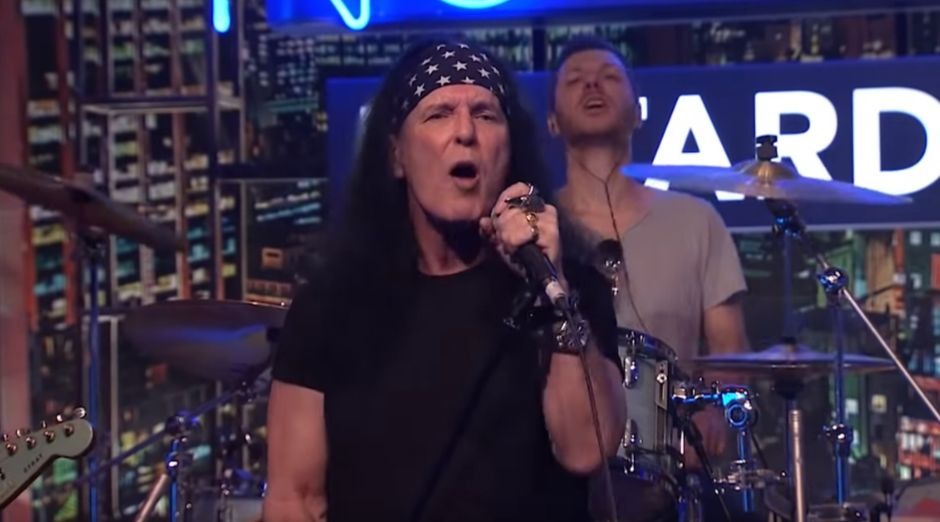 Dave Evans joined AC / DC between 1973 and 1974. He recorded two singles with the band, “Can I Sit Next To You Girl” and “Baby Please Don’t Go”, before being fired in October 1974, and replaced by Bon Scott.

In an old interview with Classic Rock, guitarists Angus and Malcolm Young recalled Dave Evans’s stint at AC/DC. Without much affection, the musicians made it clear that the band only started after Evans left.

Frequently, in interviews, Dave Evans “poked” his former colleagues. Angus and the late Malcolm chose to be more discreet, without creating controversy with their statements, but in this interview with Classic Rock, they spared no criticism.

The journalist showed a flyer of an event where the singer would perform with Overdose, an AC/DC tribute. And Angus, sounding angry, asked, “How many bands has this guy ever had?”

Then Malcolm answered in a more explanatory way. “Every time we get back to Australia, there’s something in the local paper about, ‘I made AC/DC what it is today.’ The day we got rid of it was the day the band started,” he said.

Cliff Williams also remembered when the singer was dismissed. “The story is good: we were going to play in a pub in Melbourne and Dave was almost like Gary Glitter in the clothes he insisted on wearing”.

“It was ridiculous. Some tough, drunk guys were after him, so we told him to take a walk for 10 minutes while we played a more boogie sound. He rolled for an hour and a half without him the place went wild. We realized we didn’t need a singer,” he said.

Angus added, “No, we realized we didn’t need that singer. In fact, calling him ‘vocalist’ is polite of us.”