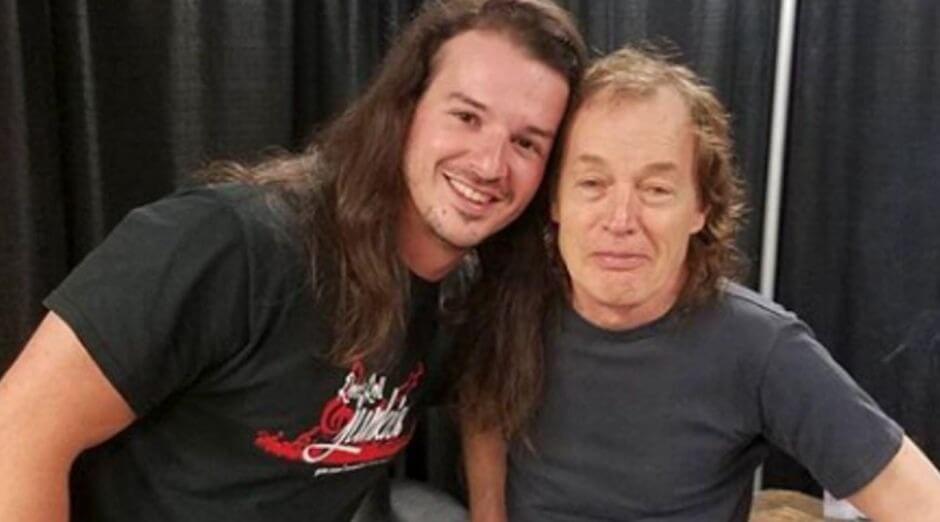 During AC/DC “Rock or Bust” tour Brian Johnson left the band due to hearing issues (But some say he was fired) and was replaced for the rest of the dates by Guns N’ Roses singer Axl Rose. However, the group tried some other singers before and one of them was tribute band singer Lee Robinson (Thunderstruck from Raleigh, North Carolina). He was one of four known vocalists that almost became the “new” singer. Robinson revealed the story in an interview with Beyond The Thunder podcast.

He was found on Youtube by bassist Cliff Williams and was invited to audition and got fired as a commercial HVAC technician by his supervisor after leaving for this opportunity of a lifetime.

Lee Robinson said about when he auditioned for AC/DC in 2016:

“I said, it’s worth losing my job at this point.” He spent “about two days in the wood shed going over vocals and a whole lot of not sleeping.” When the time arrived he went to the Atlanta studio and met was told to warm up singing “Back In Black” and “Touch Too Much” playing with the crew before the band arrived.

“And I actually could barely sing. I was so nervous and so uptight. I couldn’t get anything out.” The tech crew stopped playing they they remained dead silent. Then Robinson asked “Have I wasted anybody’s time yet?”

When the band arrived he performed “Hells Bells” with Chris Slade, Cliff Williams, Stevie Young and Angus Young.  He smiled when Stevie Young looked over with approval and said, “Now that’s the way it supposed to sound!” Angus Young also said: “you’ve got a hell of a voice”.