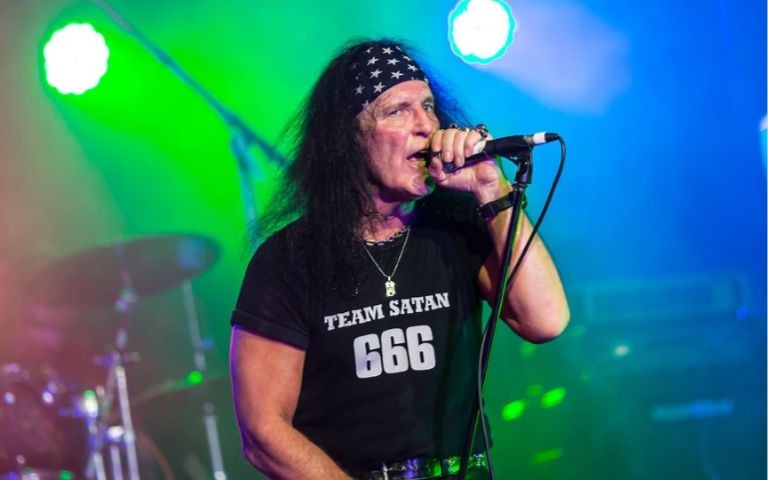 In an interview with The Metal Voice, original AC/DC singer Dave Evans that was in the band between 1973 and 1974 the time he was on the band and why he left the group.

“In the beginning, we were a real band and we all had an equal say. When we first started gigging, Malcolm’s [Young] older brother, the famous George Young from The Easybeats, was the A&R guy for a new record label, Albert Music – along with Harry Vanda.

“George came along to listen to us rehearse. Then George said, ‘We will sign you up for a record.’ And George Young and Harry Vanda produced our first record/single, ‘Can I Sit Next to You, Girl.’

“We had a hit record immediately and it just raced up the charts. At the end of the year, it was named Best Australian Group, the record of the year. We were playing to the biggest crowds in Australia and we also toured with Lou Reed.”

Focusing on the tour with Lou Reed, Evans said:

“Lou Reed was pretty out of it. When he toured, it was a bad time for him. He was helped on the stage with a person on each arm.

“I thought that was just a stage act but when we had breakfast in the mornings, he had a person on each arm just to get breakfast. Lou was not in good shape and when he toured; we really couldn’t have a conversation with him.”

When asked about the relationship between Malcolm Young and original Drummer Colin Burgees, the musician replied:

“Malcolm and I were very close, we wrote songs together and we used to hang out together. But he did get a little jealous with the AC/DC drummer at the time, Colin Burgess.

“Colin would walk into a club with a girl on each arm. I thought it was great, but Malcolm really didn’t like it, he was a bit jealous. After Colin left the band [in 1974], Malcolm was like that a bit towards me, which was sad because I thought a lot of Malcolm.”

When asked why he quit AC/DC, Dave replied:

“The reason why I left the band was because we had a hit record and we were doing so many shows – sometimes we were doing three shows a day – and I was not getting paid.

“We had a meeting one night with the manager and he smart-mouthed me, so I punched him. I had enough so I was going to leave the band after the tour unless I got a certain amount of money, which I didn’t, so I left. Strictly economics”

When asked about band arguments and fights, the singer replied:

“Angus [Young] lost his temper one time – next thing you know, he goes flying into Malcolm. Malcolm fought back, little fists going all over the place, but none really landed and it just broke up.

“The rest of us were shocked at first and then we were just laughing. Angus had a bit of a temper. One time Angus came at me backstage, cause he loses his temper and I put my hand on his head so Angus couldn’t reach me and they took him away. Angus is known to lose his temper. ”

When asked if he would consider writing a book on the early days of AC/DC, Dave replied:

“Well, if the right publisher approached me, with an advance, I would write the story. The fans would love the story, it’s a story that has never been told.”