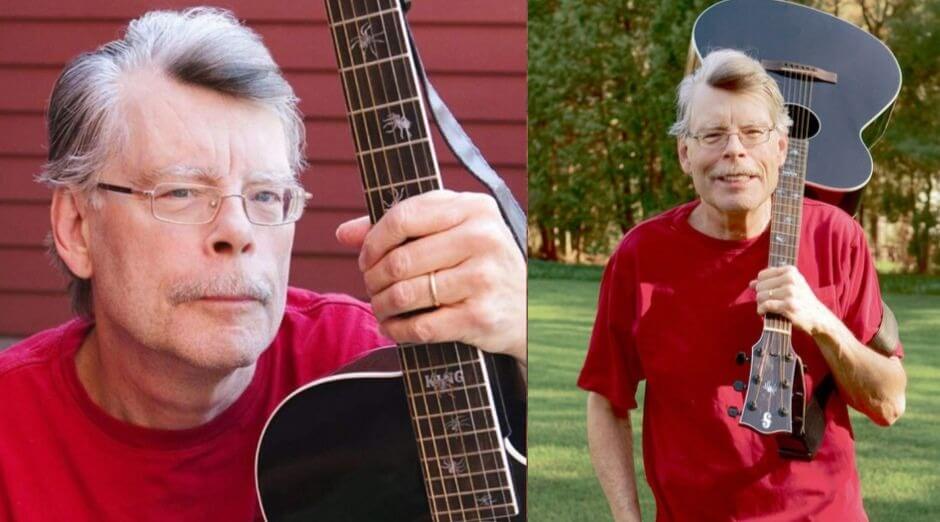 The master of horror literature Stephen King is also a music fan and he revealed back in 2006 in an interview BBC Radio 4, the 8 songs he would take to a desert island. He chose The Beatles, Bob Dylan, Rihanna and more. King’s taste may have changed over the years but is very interesting to see a little bit of his musical taste.

The 8 songs Stephen King would take to a desert island:

The Beatles “She Loves You”

“Of all The Beatles songs it seems to me that it’s travelled the best over the years to my ear. It still sounds totally fresh when I hear it today as it did when I first heard it when I probably at 16 years old. So it just gets in, it has only one thing to say and it says it,” Stephen King said.

“Desolation Row” is a song written by Bob Dylan and recorded on August 4, 1965 as the closing track for Highway 61 Revisited. Also is known for its long duration (11:21 minutes) and its surreal lyrics in which the singer weaves characters from history, fiction and the Bible. Besides his own invention in a series of vignettes that suggest entropy and urban chaos. Dylan described it as “a minstrel song”.

“Choctaw Bingo” is a southern rock song written and performed by musician James McMurtry and appears on his album Saint Mary of the Woods and Live In Aught Three. The song is an up beat, honky tonk style narrative (ballad), having no chorus, but only alternating verse and instrumental sections. The tune is very similar to the verses in Chuck Berry’s “You Can’t Catch Me”.

Pretenders “‘Middle of the Road”

The Pretenders guitarist and singer Chrissie Hynde has stated that “Middle of the Road” refers to Tao Te Ching, which she interprets as “the middle way.” The song is a single that appears on the band’s album Learning to Crawl.

Old 97’s is an American alternative country band from Dallas, Texas. Formed in 1992. They have since released eleven studio albums, two full extended plays, shared split duty on another, and have one live album. Their most recent release is Love the Holidays.

“For me, disco never died. I always liked punk but I never put on my punk jacket that said ‘Disco Sucks’ or ‘Burn your Disco records’. It like this because it has a great beat and you can dance to it. What’s wrong with that?,” Stephen King said.

“When The Stars Go Blue” is a popular alternative country song composed and originally performed by former Whiskeytown band member Ryan Adams. It was first released on his album Gold on September 25, 2001.