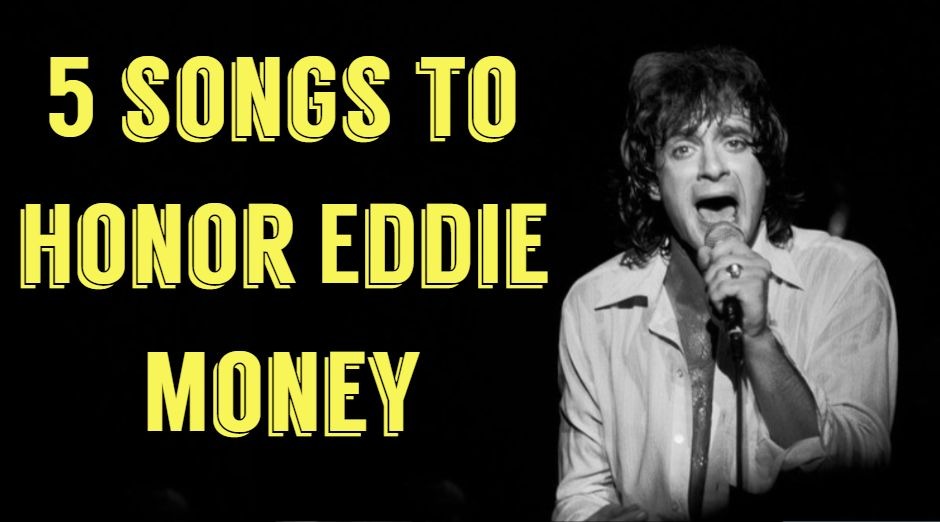 Unfortunately we’ve lost Eddie Money in a battle with Cancer. The classic rock singer died at 70 after being diagnosed with stage 4 esophageal cancer. Therefore, to honor this amazing musician, we’ve prepared a list of 5 great songs of his career. So that we can play loud and remember his tunes.

“Two Tickets to Paradise” is from his 1977 self-titled debut album, Eddie Money. It was released as a single in June 1978 and reached number 22 on the Billboard Hot 100. The song has since become a staple of classic rock radio, and was Eddie Money’s signature song.

“Shakin'” is a song by Eddie Money from his Platinum-certified album No Control, released in 1982. It was co-written by Eddie Money, Elizabeth Myers, and Ralph Carter, and released as a single, reaching #63 on the Billboard Hot 100 chart and #9 on the Mainstream Rock Tracks.

The video for the single featured actress/model Patricia Kotero, better known as Apollonia, as the female doing the “shakin”. She would later go on to co-star in the film Purple Rain. Rae’s Diner, located on Pico Blvd. in Santa Monica, CA is featured in the video. It is still in business today.

“Think I’m in Love” is a 1982 hit single by Eddie Money from his album No Control. The song was written by Money and Randy Oda (who is perhaps best known otherwise for his collaborations with former Creedence Clearwater Revival member Tom Fogerty).

It was released as a single and reached the Top 20 on the Billboard Hot 100 and hit #1 on the Billboard Top Tracks chart. Also, the song was Money’s first Top 40 hit in several years, and sparked a brief comeback for the artist. Besides that, the song remained a popular track, and gets frequent airplay on classic rock radio stations.

“Baby Hold On” is a song recorded by American rock singer Eddie Money. It was written by Money and guitarist Jimmy Lyon and released in 1978 as the first single from Money’s debut album Eddie Money. Also, the song reached number 11 on the Billboard Hot 100, number 4 on the Canadian Hot 100, and number 19 on the Kent Music Report.

The song was a big success, and has since been considered one of Eddie Money’s most famous songs. It still gets frequent airplay on classic rock and adult contemporary radio stations.

“Take Me Home Tonight/Be My Baby”

“Take Me Home Tonight” was released in August 1986 as the lead single from his album Can’t Hold Back. The song’s chorus interpolates the Ronettes’ 1963 hit “Be My Baby”, with original vocalist Ronnie Spector reprising her role.

The song reached number four on the Billboard Hot 100 on November 15, 1986, and number one on the Album Rock Tracks chart; outside the U.S., it was a top 15 hit in Canada. In addition, it received a Grammy nomination for Best Male Rock Vocal Performance. Also it’s album, “Take Me Home Tonight” helped revive Money’s career after a period of declining sales. Besides allowing Spector to resume the touring/recording career after several years of retirement.