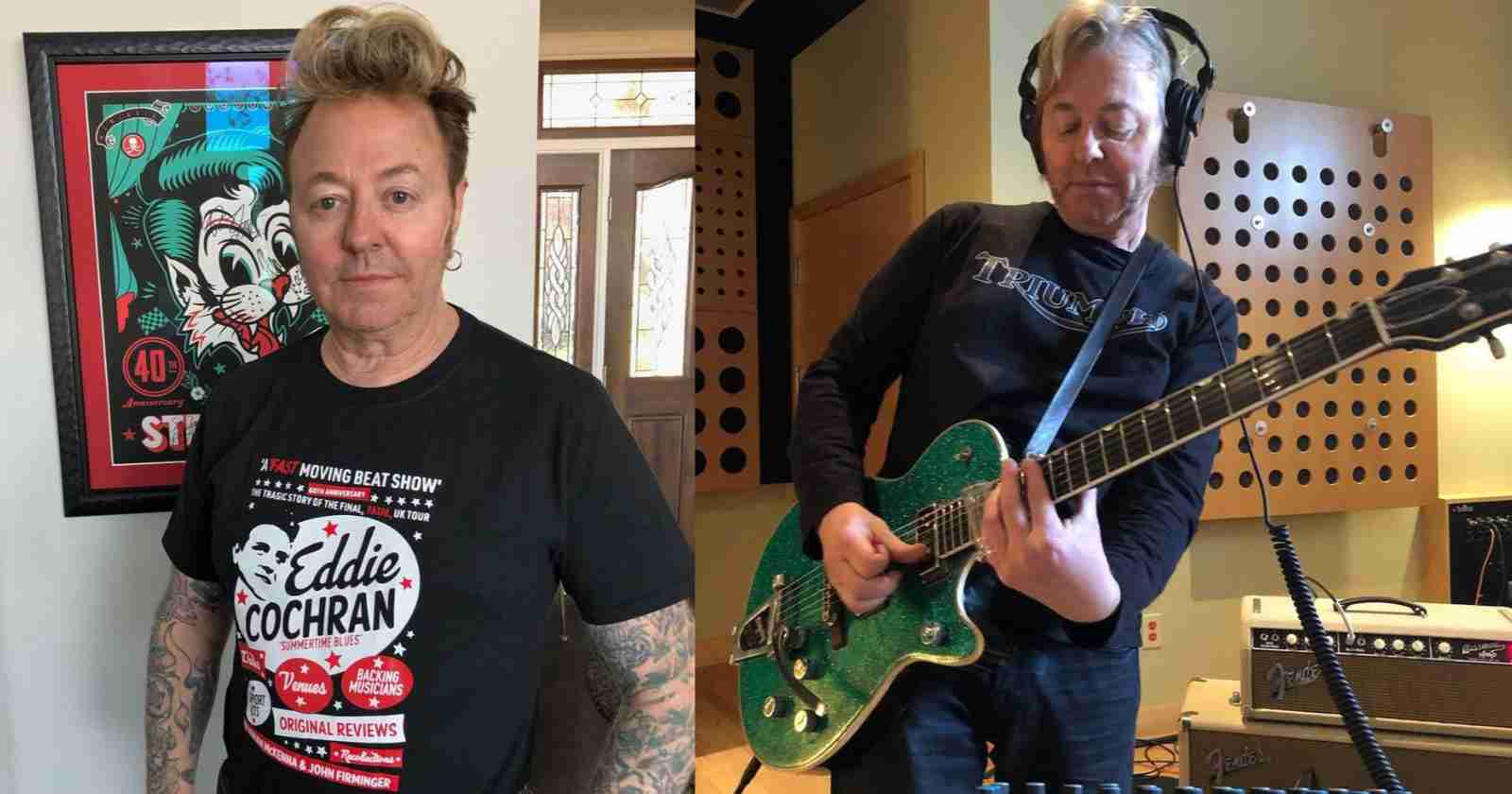 Stray Cats guitarist and singer Brian Setzer talked in an interview with Classic Rock about his latest album “Gotta Have the Rumble” released in 2021 and in the same interview he named 2 players that in his opinion are the architects of Rockabilly guitar.

“For me, there’s two guys – and then there’s a hundred guys you’ve never heard of. Let me start with the hundred guys you’ve never heard of. Because the hundred guys who did a great guitar solo in the ’50s, they came out of the hills, or they drove a truck for a living. And they had one song, and they drove to a little studio in Memphis or somewhere, and they made the song – and if it wasn’t a hit, they were back driving the truck. And you’d go, ‘Who was that?’ Nobody knows.”

“Like, who played the guitar solo on Red Hot? I know it was Roland Janes. But nobody knows who that is. Nobody really knows who the two popular guys who most affected me are – Scotty Moore and Cliff Gallup. I’m sure if you asked 90 per cent of today’s guitar players, they might not know those two. But they were the most consistent guys, the two who kept coming up and hitting the ball out of the park.”

Born in Gadsden, Tennessee back in 1931, Scotty Moore was a guitarist and recording engineer who formed The Blue Moon Boys in 1954, Elvis Presley‘s backing band. Moore was Elvis’ touring and studio guitarist from 1954 to 1968.

In an interview with Long Island Weekly back in 2017, Brian Setzer talked about Moore, saying: “Scotty Moore was Elvis’ original guitar player. What Scotty did was what I try to do is create a new sound.”

“When he first recorded with Elvis, he didn’t have a road map. He just did it. Of course he had influences, but what he did was start rock and roll. He’s my favorite, overall guitar player.”

He played with The Stray Cats live back in 2000 at the Troubadour in West Hollywood.

Known for being the guitarist in Gene Vincent’s band, Cliff Gallup played on 35 song with the musician, including his biggest hit “Be-Bop-A-Lula”. He quit the band in 1956 because as a married man he didn’t want to tour. He returned to the band in the same year but only to record with them in the studio. In addition, he was inducted into the Rockabilly Hall of Fame and the Rock and Roll Hall of Fame.

Also in an interview with Long Island Weekly back in 2017, Brian Setzer talked about Gallup: “What Cliff Gallup did is in my neck of the woods—I love that kind of playing. He took what Scotty Moore did in the 1950s and brought it to the next level. That tone and guitar sound is what I love the best. It’s twang, echo and vibrato.”

“That guitar sound has always been in my head. Just listening to TV, I’m hearing all of that again. For years, it was just overdriven, heavy metal guitar. Whenever you’d hear something like a Chevy truck commercial, it was just kerrang. Now you hear echo and delay.”