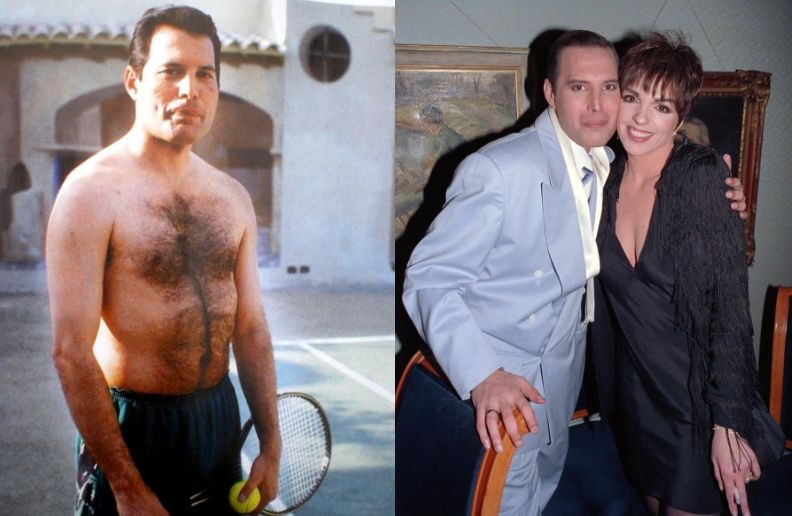 Freddie Mercury (born Farrokh Bulsara; 5 September 1946 – 24 November 1991), lead vocalist of Queen was one of the greatest voices of rock and roll. Mercury was born in Zanzibar to Parsi parents from India. After growing up in Zanzibar and then India, his family moved to Middlesex, England, in his late teens. He formed Queen in 1970 with guitarist Brian May and drummer Roger Taylor.

We separated 11 rare videos of the singer that you probably haven’t seen.

1. The first recording of Freddie Mercury, then Farrokh Bulsara, in 1964. With colleagues at the Isleworth Polytechnic in London:

2.  With the girlfriend Mary Austin, in a house in London:

3. Interview with BBC’s Bob Harris at Freddie Mercury’s house in 1977:

5. The backstage walk to the stage of a concert in the early 80’s, ahead of an ‘entourage’ where – very near the end of the video – Michael Jackson is seen:

6. Interview with TV Globo, in Brazil, on the rooftop of the Copacabana Palace hotel, in January 1985:

7. At the hotel in Budapest, rehearsing a traditional Hungarian song that Queen would play on stage on July 27, 1986, on the last tour:

10.Home video of the last Christmas of Freddie Mercury’s life in 1990, an affectionate moment between the musician and the baby son of Mary Austin, his former girlfriend:

11. The last video. The touching images of a fragil Freddie in the filming of the video for ‘These Are the Days of Our Lives’:

Mercury wrote numerous hits for Queen, including “Bohemian Rhapsody”, “Killer Queen”, “Somebody to Love”, “Don’t Stop Me Now”, “Crazy Little Thing Called Love”, and “We Are the Champions”. He also led a solo career while performing with Queen, and occasionally served as a producer and guest musician for other artists. Mercury died in 1991 at age 45 due to complications from AIDS, having confirmed the day before his death that he had contracted the disease.