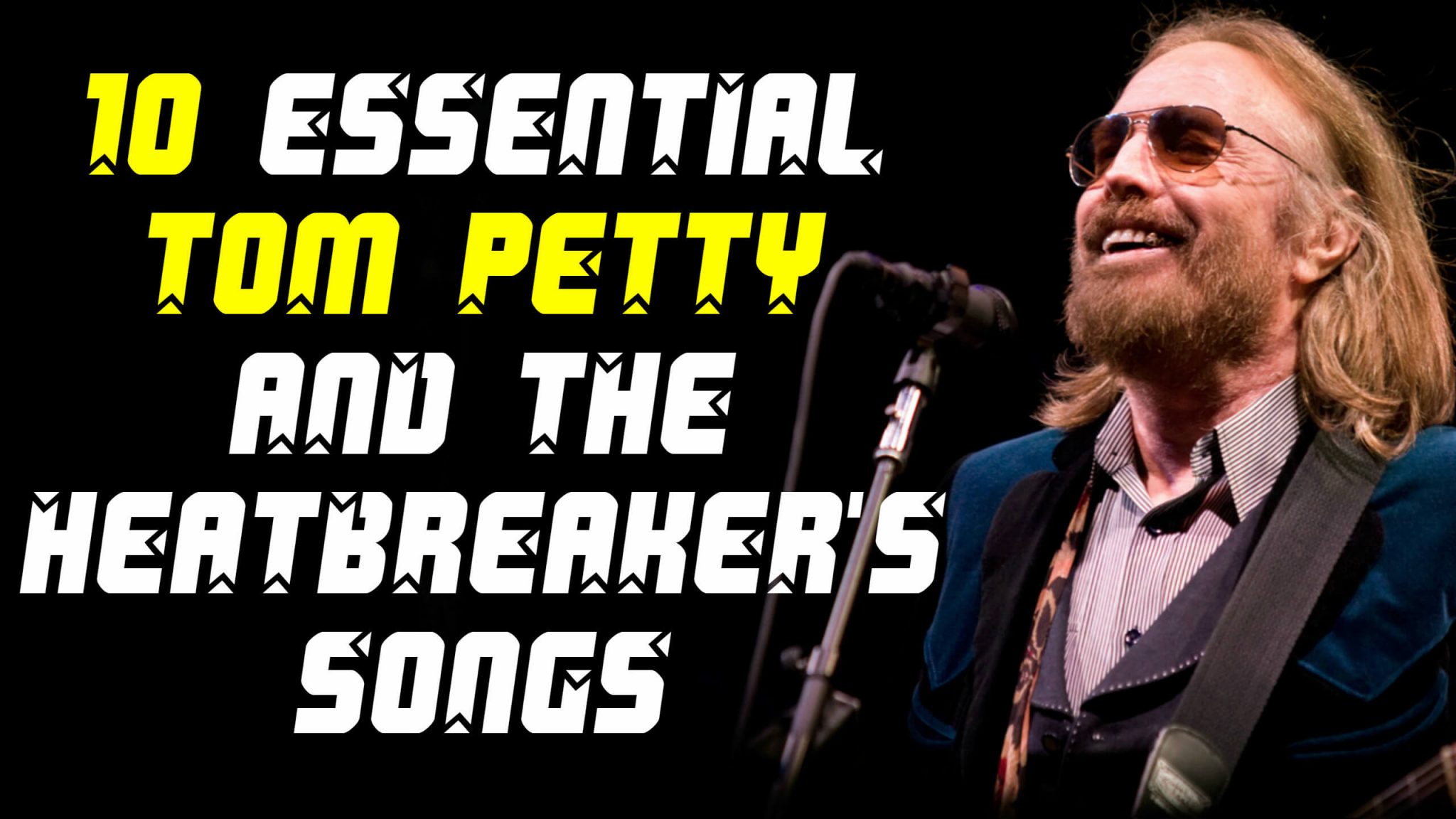 With such an amazing music catalog that will live forever in our hearts and souls, Tom Petty & The Heartbreakers were responsible for many great albums and countless hits that are the soundtrack of our lives.

Because of that, in honor of his amazing music career, let’s list the:

Tom Petty and the Heartbreakers (1976)

Due to the lyrics about a desperate girl on a balcony hearing “cars roll by out on 441”, the song was rumored to have been written about a college student who committed suicide by jumping from the Beaty Towers residence hall at the University of Florida in Gainesville, Florida.

When asked directly about the story in the book Conversations with Tom Petty, Petty responded:

“Urban legend. It’s become a huge urban myth down in Florida. That’s just not at all true. The song has nothing to do with that. But that story really gets around… They’ve really got the whole story. I’ve even seen magazine articles about that story. ‘Is it true or isn’t it true?’ They could have just called me and found out it wasn’t true.”

“Don’t Do Me Like That” by Tom Petty & The Heartbreakers

Released in November 1979 as the first single from the album Damn the Torpedoes (1979). It reached number 10 on the Billboard Hot 100, becoming the band’s first Top 10 hit. The single also peaked at number 3 in Canada.

Petty strongly considered giving the song to The J. Geils Band because he thought it had their sound, but was convinced by producer Jimmy Iovine to include it on the album because he sensed it would be a hit.

“Refugee” by Tom Petty & The Heartbreakers

Tom Petty said that this song: “This was a reaction to the pressures of the music business. I wound up in a huge row with the record company when ABC Records tried to sell our contract to MCA Records without us knowing about it, despite a clause in our contract that said they didn’t have the right to do that.”

“I was so angry with the whole system that I think that had a lot to do with the tone of the Damn the Torpedoes album. I was in this defiant mood. I wasn’t so conscious of it then, but I can look back and see what was happening. I find that’s true a lot. It takes some time usually before you fully understand what’s going on in a song – or maybe what led up to it.”

“The Waiting” by Tom Petty & The Heartbreakers

In interview Tom Petty: “That was a song that took a long time to write. Roger McGuinn swears he told me the line – about the waiting being the hardest part – but I think I got the idea from something Janis Joplin said on television. I had the chorus very quickly, but I had a very difficult time piecing together the rest of the song. It’s about waiting for your dreams and not knowing if they will come true. I’ve always felt it was an optimistic song.”

Petty explained in an interview with Billboard magazine that he and Jeff Lynne were sitting around trying to come up with a song, and Lynne got him to say “free falling”. The next day they went and recorded the song. He didn’t write it about any person, but instead what he saw on his frequent drives along Ventura Boulevard.

“Runnin’ Down a Dream” by Tom Petty & The Heartbreakers

In this song, Petty sings about driving into the great wide open, with nothing but glorious possibility in his path. Petty started running down his dream of being a rocker in 1961 when he met Elvis Presley. Petty, 11 years old, came to the Ocala, Florida set where Elvis was working on the film Follow That Dream – a title Tom took to heart.

In a brief encounter, Petty saw how Elvis captivated onlookers and made the girls go crazy. Petty became fascinated with Elvis and set out to follow his path.

The animated video was inspired by a comic strip called Little Nemo In Slumberland by Winsor McKay. Each strip told the story of one of Nemo’s dreams, and at the end, he always woke up.

“I Won’t Back Down” by Tom Petty & The Heartbreakers

This amazing Tom Petty anthem, has Ringo Starr, George Harrison, Jeff Lynne and The Heartbreakers. Petty recalled the recording of this song to Mojo magazine: “At the session George Harrison sang and played the guitar. I had a terrible cold that day, and George went to the store and bought a ginger root, boiled it and had me stick my head in the pot to get the ginger steam to open up my sinuses, and then I ran in and did the take.”
.

“Learning To Fly” by Tom Petty & The Heartbreakers

“Many people assume that this song is about drugs, but it isn’t. Petty got the idea for it when he saw a pilot being interviewed on TV. The pilot said how it wasn’t hard learning to fly… the hardest part was coming down”, said Petty.

The song was recorded on July 22, 1993, while Petty was recording his Wildflowers album, and was produced by Rick Rubin, guitarist Mike Campbell, and Tom Petty. The sessions would prove to be the last to include drummer Stan Lynch before his eventual departure in 1994. This song was first released as part of the Greatest Hits album in 1993.

Asked if the song was about drugs, Heartbreaker guitarist Mike Campbell said, “In the verse there is still the thing about an Indiana girl on an Indiana night, just when it gets to the chorus he had the presence of mind to give it a deeper meaning. My take on it is it can be whatever you want it to be. A lot of people think it’s a drug reference, and if that’s what you want to think, it very well could be, but it could also just be a goodbye love song”.

The lyrics say, “So let me get to the point. Let’s ROLL another joint.” MTV, wanting to avoid controversy, asked Petty to change the line for the video. He changed them, oddly enough to “Let’s HIT another joint,” which is what viewers heard. Perhaps to atone of the inconvenience, MTV gave it the award for Best Male Video at the VMAs.

Thanks for all the great music, Tom Petty. You will live forever being the soundtrack of our lives!