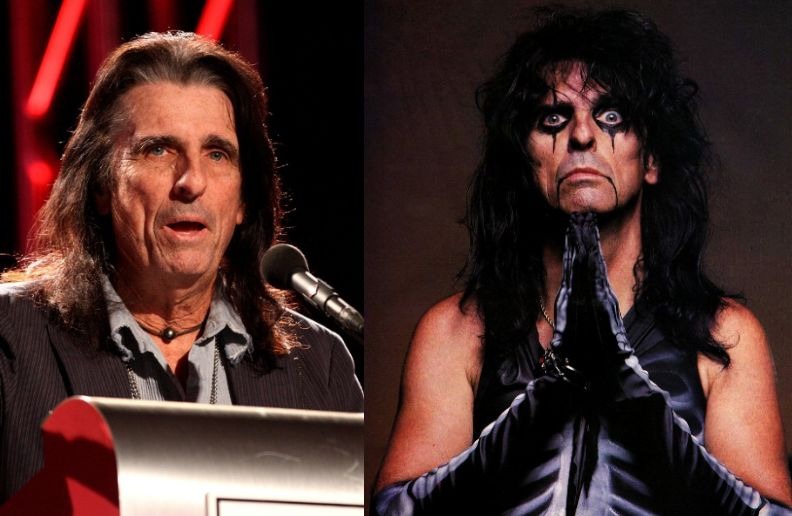 Alice Cooper is one of the coolest guys in the music business and not only in his songs he teaches us about life, during his career in interviews he said many interesting stuff about many subjects.

Now, you can see some below:

Mistakes are part of the game. It’s how well you recover from them, that’s the mark of a great player.

‘Here Alice, smoke this. You’ll like it!’ That was Jimi Hendrix and it wasn’t a good idea!

Why are we rock stars? Because we’re morons. We sleep all day, we play music at night and very rarely do we sit around reading the Washington Journal.

The hippies wanted peace and love. We wanted Ferraris, blondes and switchblades.

I’m still Vince to my mum. She lives with us and she says ‘Hey superstar, take out the garbage! I didn’t become a star to her until I brought home a picture of me with Frank Sinatra. She said then ‘OK, now you’re something’

I don’t think you can shock an audience anymore. Me cutting my head off is a great illusion, but when you turn on CNN and there’s a guy really getting his head cut off, it does dilute what I did.

Rock shows should be like movies: I don’t go to a movie hoping it’ll change my life.

I call it treason against rock ‘n’ roll because rock is the antithesis of politics. When I was a kid and my parents started talking about politics, I’d run to my room and put on the Rolling Stones as loud as I could. So when I see all these rock stars up there talking politics, it makes me sick… If you’re listening to a rock star in order to get your information on who to vote for, you’re a bigger moron than they are.

What most people don’t understand is that UFOs are on a cosmic tourist route. That’s why they’re always seen in Arizona, Scotland, and New Mexico. Another thing to consider is that all three of those destinations are good places to play golf. So there’s possibly some connection between aliens and golf.

Slade was the coolest band in England. They were the kind of guys that would push your car out of a ditch.