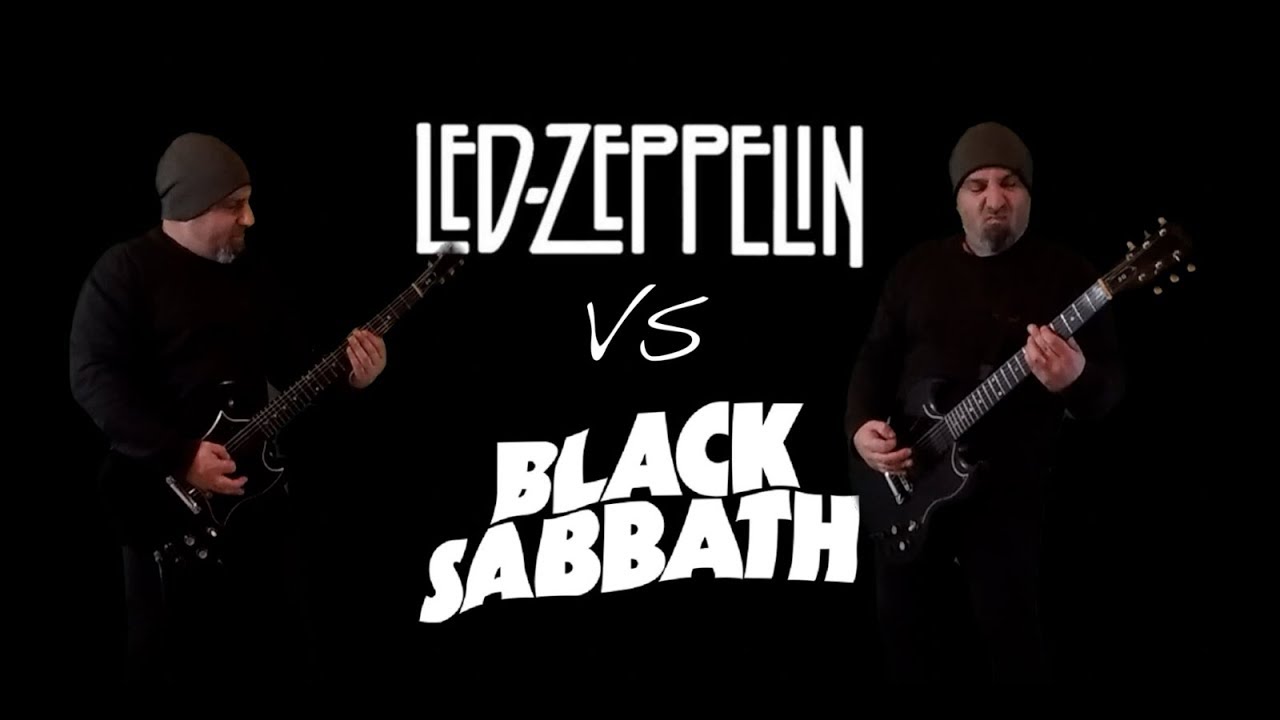 Miguel Sequeira shows in this video a “Battle of Riffs” between Led Zeppelin and Black Sabbath. In the end, we are the ones who won!

Led Zeppelin were an English rock band formed in London in 1968. The group consisted of guitarist Jimmy Page, singer Robert Plant, bassist and keyboardist John Paul Jones, and drummer John Bonham. The band’s heavy, guitar-driven sound has led them to be cited as one of the progenitors of heavy metal. Their style drew from a wide variety of influences, including blues, psychedelia, and folk music.

The band helped define the genre with releases such as Black Sabbath (1970), Paranoid (1970), and Master of Reality (1971). The band had multiple line-up changes, with Iommi being the only constant member throughout its history.
guitars.