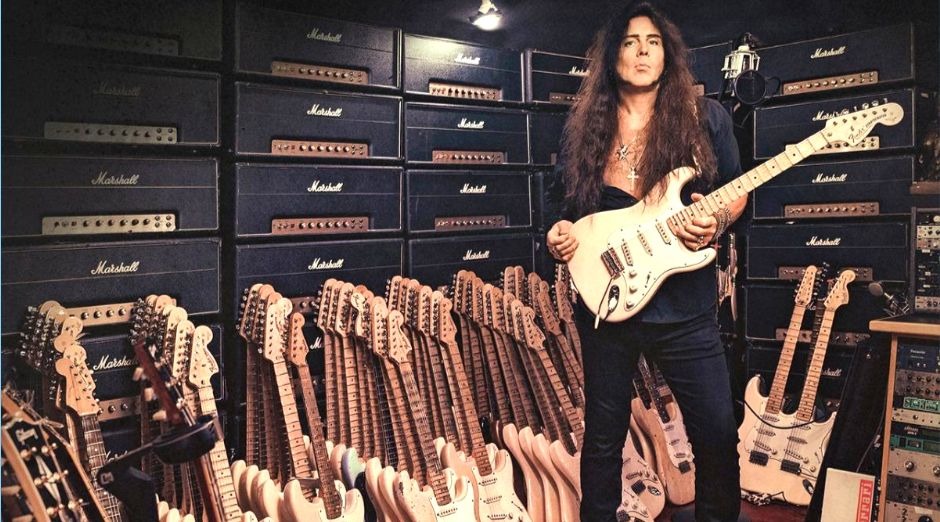 Yngwie Malmsteen is one of the fastest guitarists of hard rock and metal. The musician that made great albums with Steeler and Alcatrazz has built a prolific solo career. And you’ve heard the amazing talent of the musician with the guitar a million times. But now, you can hear his isolated guitar on “Caprici Di Diablo” from the Perpetual Flame (2008) album.

Yngwie Malmsteen is the stage name of Lars Johan Yngve Lannerbäck, (Stockholm, June 30, 1963). The Swedish guitarist, considered one of the best in his style.

Influenced by the baroque music of Bach and Vivaldi, Malmsteen is known to be one of the forerunners of so-called neoclassical metal. Which involves heavy metal with elements of classical music.

Along with keyboardist Jens Johansson, he also became one of the pioneers of power metal, with the fantastic theme of his lyrics and the orchestral sounds creating the epic atmospheric of the songs. Following these styles, he helped popularize guitar shredding within heavy metal in general and became one of the most influential guitarists in metal. Malmsteen was once considered the fastest guitarist of his time.

In February 2015, he was inducted into the Swedish Music Hall of Fame for his musical contributions over the past thirty years.