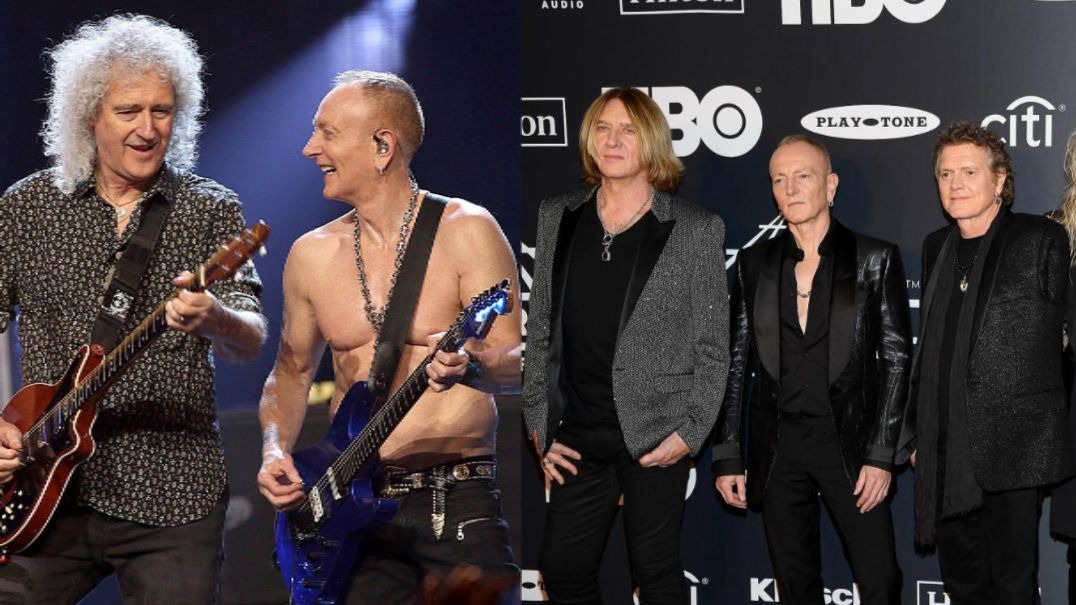 Def Leppard entered the Rock and Roll Hall of Fame during a ceremony held at the Barclays Center in New York, United States. The introductory speech was made by Brian May, Queen’s guitarist. The band made a short presentation of five songs after accepting recognition.

Radiohead, Janet Jackson, Stevie Nicks, The Cure, Roxy Music and The Zombies were also introduced during the Rock and Roll Hall of Fame event. The ceremony will be shown later by HBO, marked in the United States for April 27.

“Joe (Elliott, lead singer) and I, in particular, shared a lot of precious and fun moments,” Brian May said in his opening address. “We have a strong connection and he is one of my dearest friends. When the news of the death of Freddie Mercury (lead singer of Queen) left, the first call I received was from Joe Elliott,” he added.

May pointed out that after missing a Def Leppard show in 1981, he became even more fond of the band thanks to the song “Photograph”, which features “guitars rather than making arpeggios, incredible harmonies and grand bass and guitar lines – the Queen, are those early guys called Def Leppard with ‘Photograph’, who catapulted them to fame. ” At the time, Queen’s guitarist attended a concert of the band and since then, maintained a relation of friendship with the members.