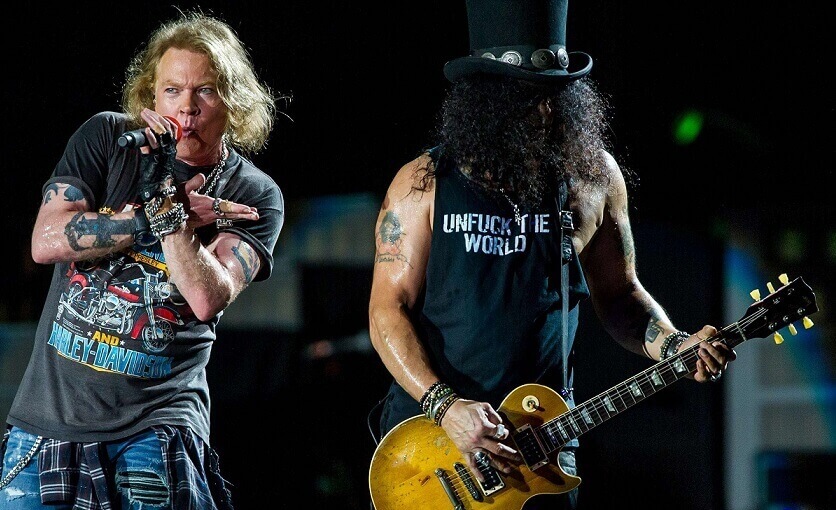 Guns N ‘Roses performed this Sunday, November 25, 2018 in Abu Dhabi, the capital of the United Arab Emirates, as part of the Not In This Lifetime tour. Axl Rose was ill but the show was not canceled. There is no information about what he has.

At the beginning of the show, Axl comments that he was medicated and had puked for the last five hours but “instead of canceling, let’s do the best show we can for you”.

The show only lasted two hours and the following songs were played:

Thank you Abu Dhabi! @axlrose pulled a damn miracle…the man was beyond ill, and pulled off something I've never seen in my 40 yrs of playing. You all pulled him thru. Til next time!

Abu Dhabi, you guys were fucking great tonight! Axl was severely ill. But you all were hugely supportive. Thanks for that. We'll see again next time! Cheers! iiii]; ) '