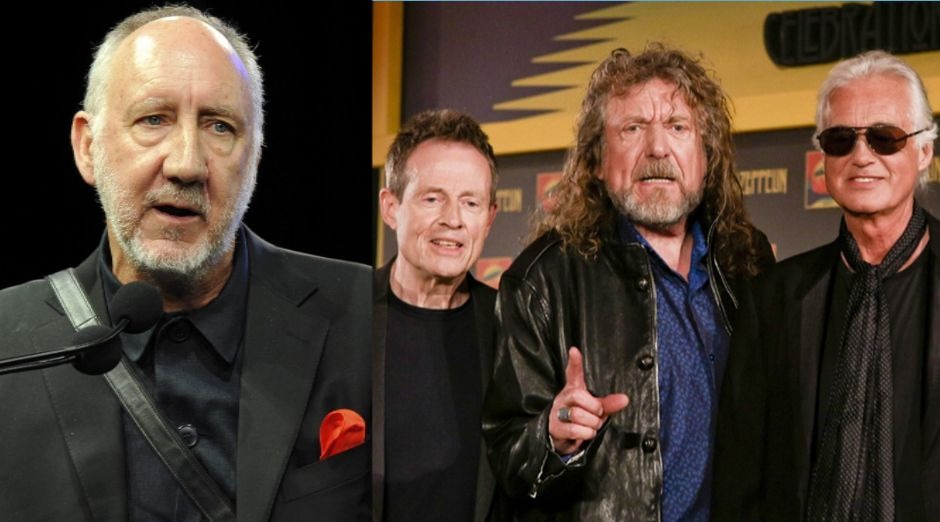 The Who guitarist Pete Townshend is often polemic in interviews, especially talking about some bands he doesn’t like much. One of them is Led Zeppelin. The feud exists for decades. Back in 1995, the musician showed indignation at the comparisons between the bands.

Pete Townshend said to Circa about the comparision between The Who and Led Zeppelin:

“I haven’t liked a single thing that they’ve done. I hate the fact that we’re ever even slightly compared to them. I just never, ever liked them. It’s a real problem for me because as people i think they’re all really, really great guys. Just never liked the band, you know. I’ve just got a problem block to them. Because they became so much bigger The Who in so many ways in their chosen field. But i never liked.

When talking with the Toronto Sun about The Who’s last album, Pete Townshend stated that they sort of invented Heavy Metal. On the same interview he criticized Led Zeppelin, and said the band copied Who.

He said about Led Zeppelin copying them:

“We sort of invented heavy metal with (our first live album) Live at Leeds (1970). We were copied by so many bands, principally by Led Zeppelin, you know heavy drums, heavy bass, heavy lead guitar and some of those bands, like Jimi Hendrix for example, did it far better than we did.”

“Cream, with Eric Clapton and Jack Bruce and Ginger Baker, they came along in ‘67, same year as Jimi Hendrix, and they kind of stole our mantle in a sense. So people who want to hear that old heavy metal sound there are plenty of bands that can provide it. So it’s not really what we can actually do today. Even if we wanted to, it was never high on my list of wishes.”