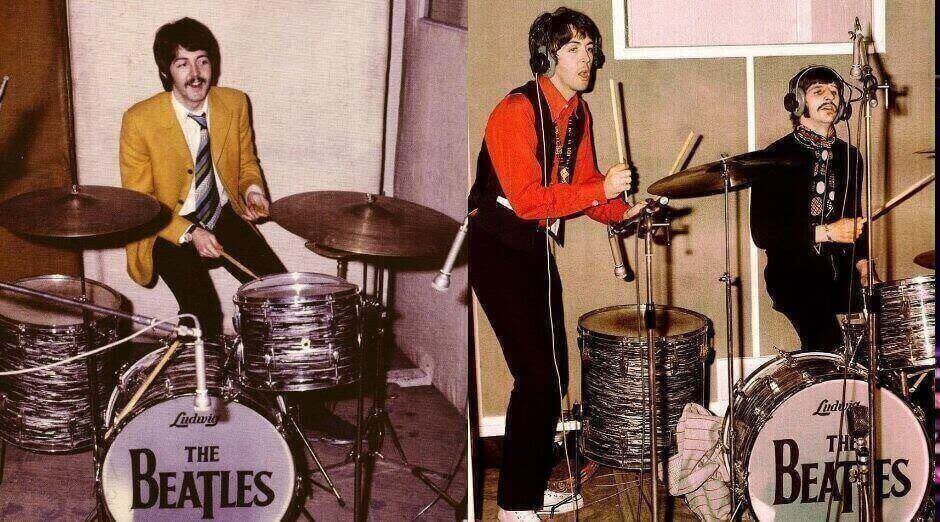 The legendary Beatle Paul McCartney play many instruments and he even recorded his recent solo album McCartney III all alone, playing all the instruments. In the Beatles, Paul also made similar things like in the classic “Yesterday”.

In “The Ballad of John and Yoko”, the last Beatles song to top the UK charts, McCartney was the one playing the durms

Lennon and McCartney recorded the song without their bandmates George Harrison, who was abroad, and Ringo Starr, who was filming The Magic Christian. McCartney recalled that Lennon was so convinced the song had to be recorded immediately, he was “on heat, so to speak”. Reflecting the unusual situation, the session tapes include the following exchange:

In choosing to collaborate on the song, Lennon and McCartney set aside the antagonism that existed between them during a period when McCartney was outvoted in the Beatles’ choice of a new manager for their failing business enterprise, Apple Corps