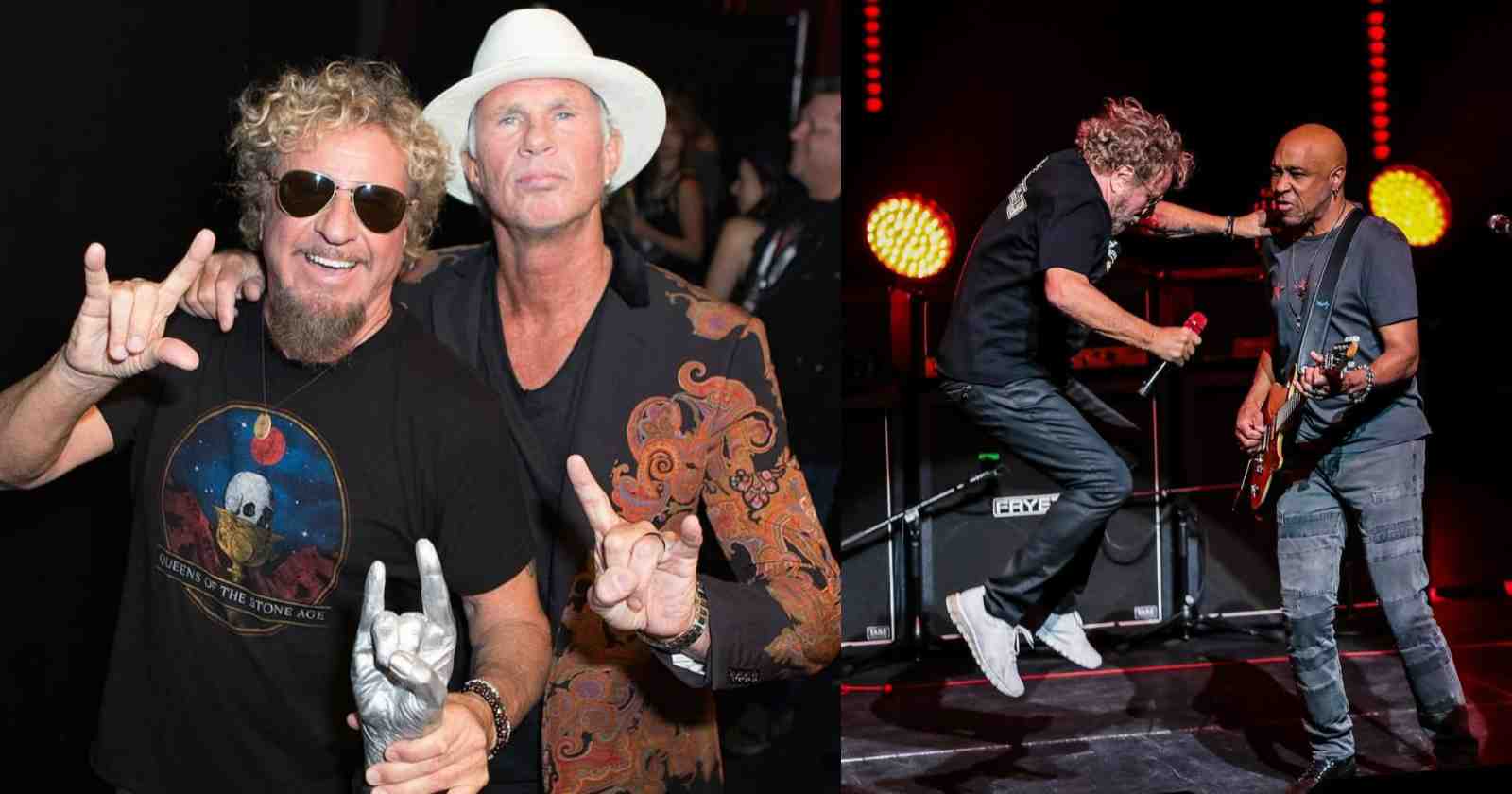 A musician always remembers the first record that they ever bought in their lifes, because usually that moment is a game changer for them, becoming a spark that later on would make them become a professional musician. It isn’t different with the legendary ex-Montrose and ex-Van Halen vocalist Sammy Hagar who recalled in an interview with AXS TV back in 2020 (Transcribed by Rock and Roll Garage) which was the first record that he ever bought in his life.

Which was the first record that Sammy Hagar ever bought

“Elvis Presley’s ‘All Shook Up’ and I believe ‘Teddy Bear’ was on the flip side, I’m not sure. But it was his hit single at the time. I had bycicle and I didn’t even have a record player. But I thought I bought it because I was an Elvis fan,” Sammy Hagar said.

“All Shook Up” was first released by Elvis Presley as a single back in 1957. It topped the US Billboard Top 100 chart for 8 weeks at the time of the release.

The song was composed by Presley and famous songwriter Otis Blackwell, who is also kwown for “Fever”, “Great Balls Of Fire”, “Don’t Be Cruel”, “Return To Sender” and “Handy Man”.

The first time that he ever saw Elvis Presley

In an interview with Rock Scene magazine back in 2013 (Transcribed by Rock and Roll Garage) the musician talked about how important Elvis Presley was for his career. “When I was a kid I was about 4 years-old, the 50s, I had big teenage sisters and Elvis Presley came on TV. I sat there and watched them going nuts. Even (being) a 4 year-old at the time (I thought) ‘Oh, that is cool’.”

“But mainly, I really dug the music, I really like Elvis when he first came out, because it was different. My dad listened to Country and Western all the time. So when I was about 9 I had this little paper route and I got paid. My first month and I went and bought Elvis Presley single and I didn’t even had a record player (laughs). That’s how impressed I was with the whole thing about being a Rock star. We didn’t called them rock stars back then. But Elvis Presley was probably the one that did it to me,” Sammy Hagar said.