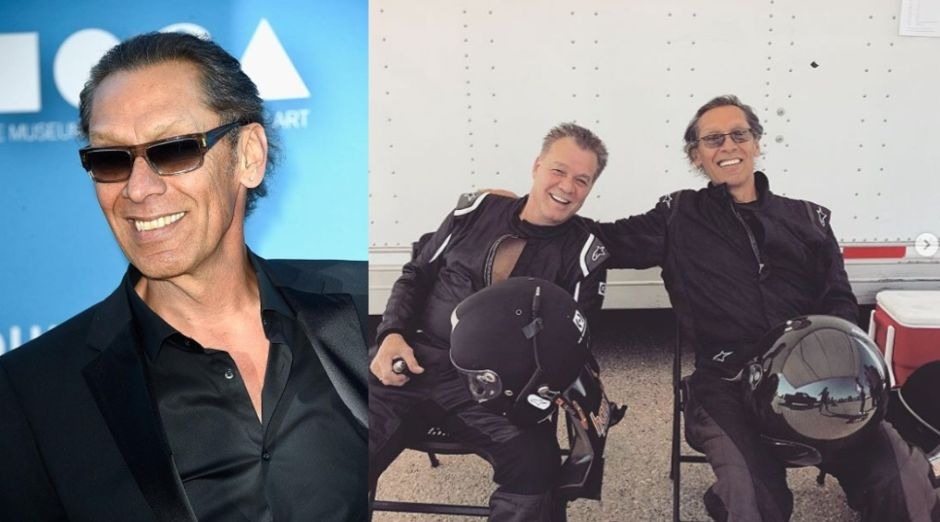 Alex Van Halen is the legendary drummer that kept Van Halen‘s rhythm. He has always been the band’s quiet one alongside his brother Eddie Van Halen.

The band doesn’t perform live since 2015 and this hasn’t changed, Alex continue to be the recluse one, that doesn’t give much interviews. Even on Wikipedia you can’t find much about the musician’s life. Very few interviews were made in the last years and also many bandmates or friends talked about him through the press.

The last photo Eddie Van Halen, shared on his Instagram account with his brother is from two years ago, when they raced together:

That’s why it is such a mystery to know what Alex Van Halen is doing at this point of his life, everything leads us to believe that he is enjoying his “retirement” to rest and take care of his family. Van Halen has become an ordained minister and presided the wedding of his brother Eddie in 2009.

The 66 year old drummer  is married since 2000 with Stine Schyberg that is the mother of Malcolm Van Halen.

Alex also is the father of Aric Van Halen, that is an athlete. He started his athletic career as a middle infielder in baseball, but went to the tracks after posting a time of 5:45 in the mile while only in seventh grade.

He switched to the steeplechase while attending the University of Colorado, making a personal best time of 8:32.92 (2017 mark).

In an 2018 interview, Sammy Hagar tried to wish Alex a happy birthday, but the singer revealed in an interview that Alex never sent him a message or gave him a call back.

“I sent [Alex] a nice text and an e-mail and a phone message, saying, ‘Hey, Sammy here. Miss you, buddy. Hope you’re doing good. Happy birthday,” Hagar tells Trunk Nation in an interview which can be heard below. “And if you ever wanna get together and talk, be buddies, be friends, you know here’s my e-mail, here’s my text, and here’s my house phone number, here’s my…’ Nothing. Oh, and I said, ‘How’s Ed [Van Halen] doing? I hope he’s healthy. And give him my love.’ Nothing. Nothing! Wooooh! I mean, that’s, like, wow! I guess no waters went under that bridge. And when I looked at the bridge, it was dry. There’s not a drop that comes down underneath that bridge.”

Michael Anthony hasn’t spoken with Alex and Eddie in years

In an interview with Premiere Radio Networks in 2018, bassist Michael Anthony said he hasn’t spoken with the Van Halen brothers in years already. When he was questioned about a possible reunion of the band, he said:

“The only comment I have is that I haven’t spoken to any of the guys since we last played together back in 2004.” He added that he ran into drummer Alex Van Halen “a few years back” but only made small talk.”

Since Alex doesn’t have any active social networks and doesn’t talk with the press often, we can only hope he is doing ok and let’s hope someday he can perform live again so that we can see the amazing talent he always had.