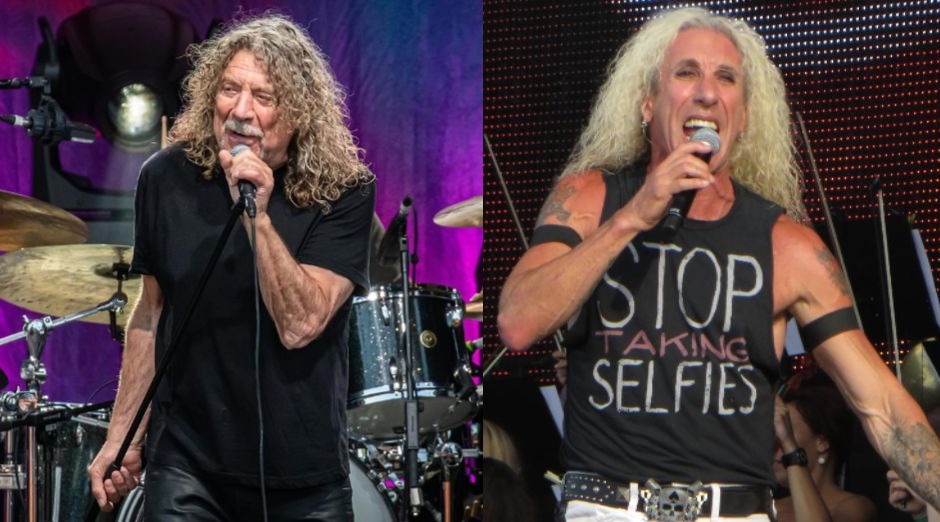 Believe it or not, once, the legendary Led Zeppelin singer Robert Plant was Twisted Sister’s Dee Snider the “opening act” in 1998. Plant recalled the story at Dee Snider Radio show. The Twisted Sister vocalist said he was invited to the wedding of the son of his manager, Phil Carson. That was also an ex-Atlantic Records executive that used to play with Dusty Springfield and was involved in Zeppelin’s career.

When Snider was entering the wedding he noted a live band performing He asked Robert Plant if the had the intention to perform and the Zeppelin singer said he didn’t want to. Both of them didn’t want to sing on the party. Since they are often asked to do it in all ceremonies they attend. But, suddenly Snider realized Plant was on Stage singing Elvis classic “Jailhouse Rock”.

After that, Dee Snider manager approached him and he was asked to also sing. Twisted Sister vocalist then remembered that Plant hated to hear his own songs and he and the band chose Led Zeppelin’s classic “Rock & Roll” to perform. Plant eventually made his way toward the stage and wound up singing the last word – “time” – from that song.

Hear the entrie talk between Dee Snider and Robert Plant: