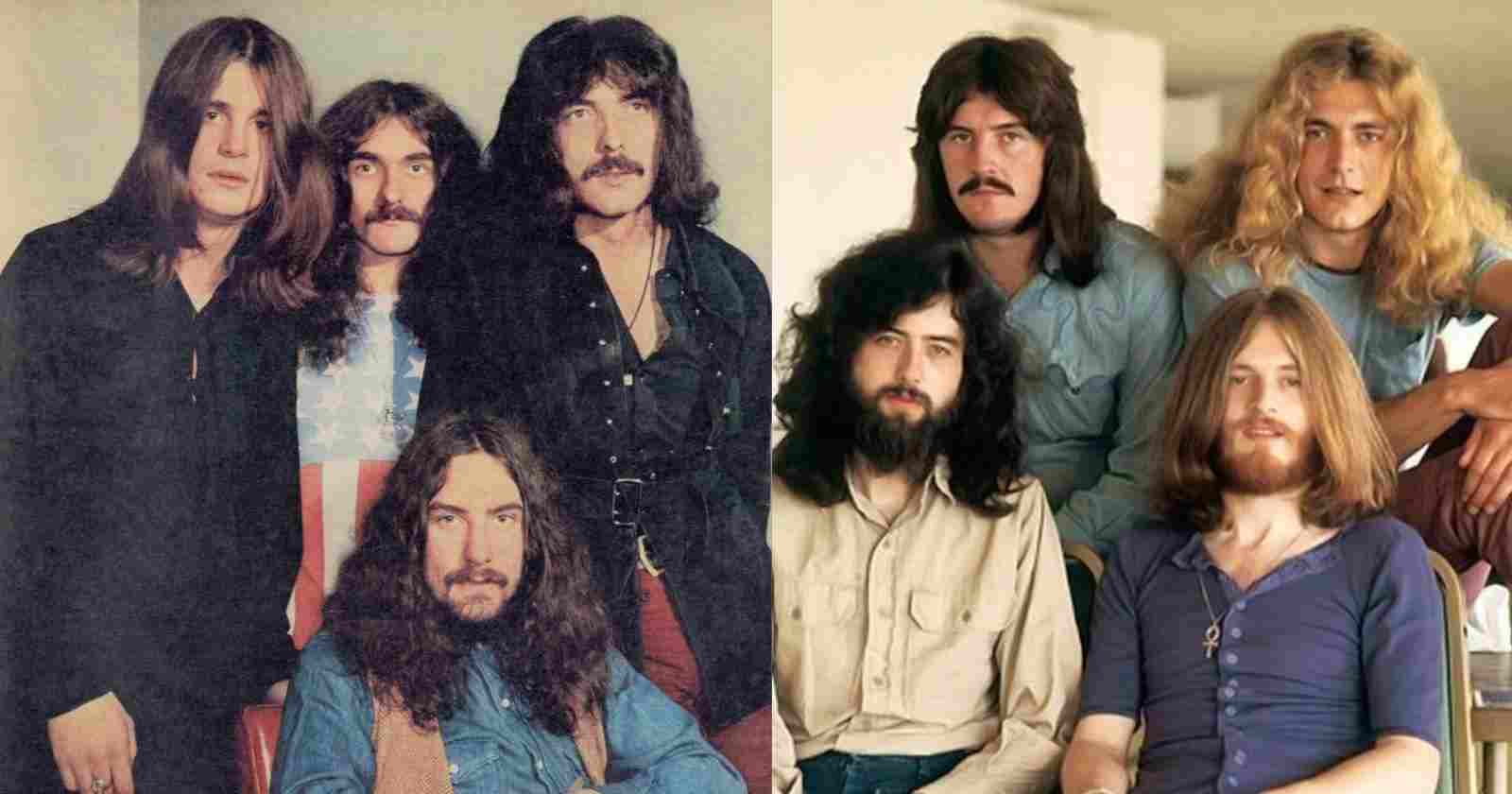 Led Zeppelin is considered by many the greatest Hard Rock band of all time and Black Sabbath the godfathers of Heavy Metal. Before fame the members of the groups were already friends and knew each other. After success, during the recording of Sabbath’s “Sabbath Bloody Sabbath” album, Zeppelin visited the Birghminhan group and they played together.

In an interview with Classic Rock back in 2019, legendary guitarist Tony Iommi recalled the moment and said that it was recorded but they don’t know where the tape is.

“We were really good mates with Led Zeppelin, especially Robert Plant and John Bonham who came from the Midlands. Zeppelin had wanted us to be on their label, Swan Song, but we couldn’t make it work out. During the recording of the Sabbath Bloody Sabbath album [1973], Zeppelin came into the studio for a jam.”

“John wanted to play Supernaut [from the previous year’s Vol 4] but we jammed instead. We were in the middle of recording so it fucked up the session. I know that it was recorded, and I’d love to hear it. The tape must be around somewhere.”

In another interview, with Classic Rock in 2016, Iommi also talked about the moment:

“We were recording in Morgan Studios in London, and John (Bonham) came down to see us. He brought Planty and John Paul Jones – Jimmy Page was the only one who wasn’t there. They came in and John’s going, ‘Let’s play Supernaut!’, cos he loved that song. So he sat behind the kit and we started to play it. Of course, he didn’t play it right, but we just carried on and went into a jam. We were just jamming, making stuff up. Our session went totally out of the window.”

“They were signing up bands for their [Swan Song] record label. They’d signed up Bad Company, so John, Robert and John Paul Jones came to the studio to try and coax us over as well. But we’d just been through a fucking war with our manager, so we told them to fuck off.”

In an interview with Guitarist Magazine in 2020, Tony Iommi explained why John Bonham was fired from bands before Led Zeppelin: