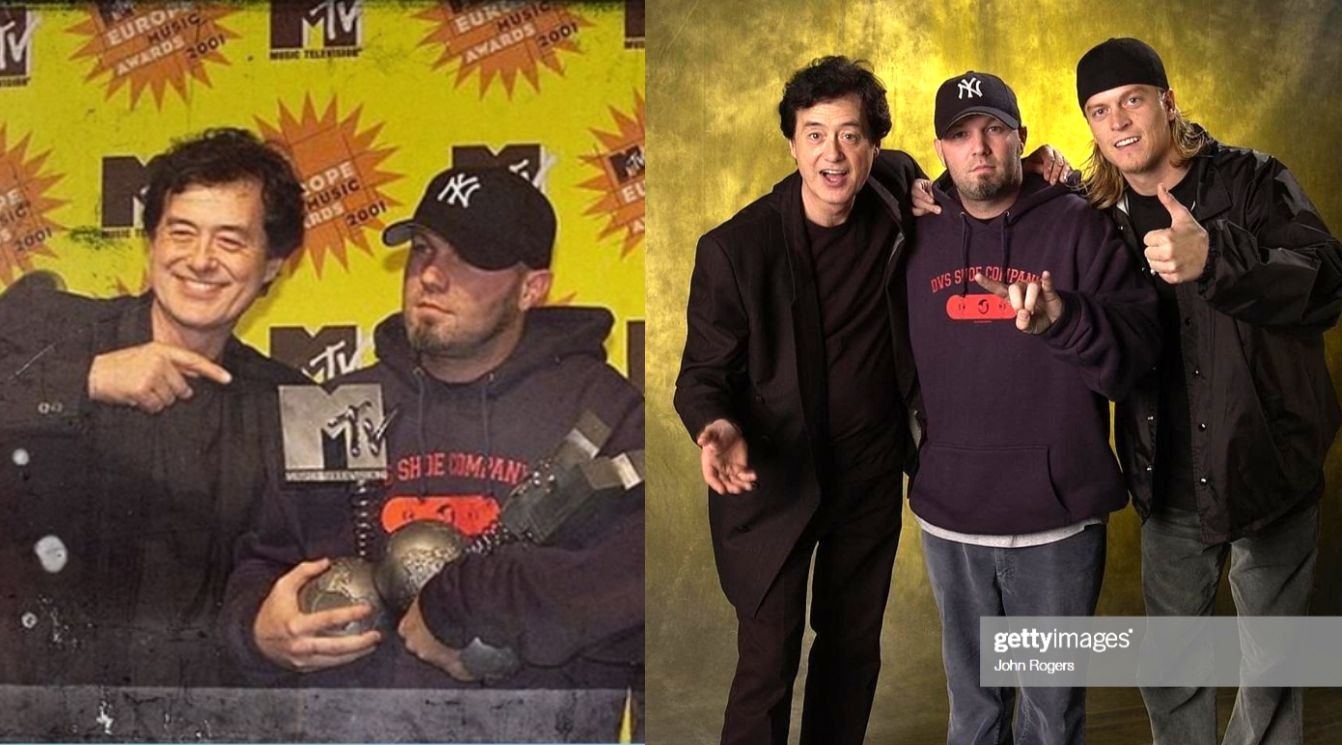 Have you thought about a partnership between Led Zeppelin and … Limp Bizkit? Well, it kind of happened already.

Back in 2001, the EMA (European Music Awards), a European MTV award, took place in Frankfurt, Germany, and had an unexpected and unusual partnership. The station called Jimmy Page, legendary guitarist, to play a Led song alongside none other than Fred Durst.

Wes Scantlin, lead singer of Puddle of Mudd, also participated in the performance of “Thank You” – track of Led Zeppelin II, 1969.

Check out the report from Page below:

I was asked to play with [Fred Durst] at the MTV Frankfurt awards. His band, Limp Bizkit, was about to receive three awards that night. Fred also called the lead singer and guitarist Wes Scantlin of the Puddle of Mudd, and the three of us presented ‘Thank You’ on the show.

There was a moment in the backstage where we all stopped to look at the TV when Kylie Minogue was performing ‘Can not Get You Out of My Head.’

Their music is marked by Durst’s angry vocal delivery and Borland’s sonic experimentation. Borland’s elaborate visual appearance, which includes face and body paint, masks and uniforms, also plays a large role in the band’s live shows. The band has been nominated for three Grammy Awards, have sold 40 million records worldwide and won several other awards.