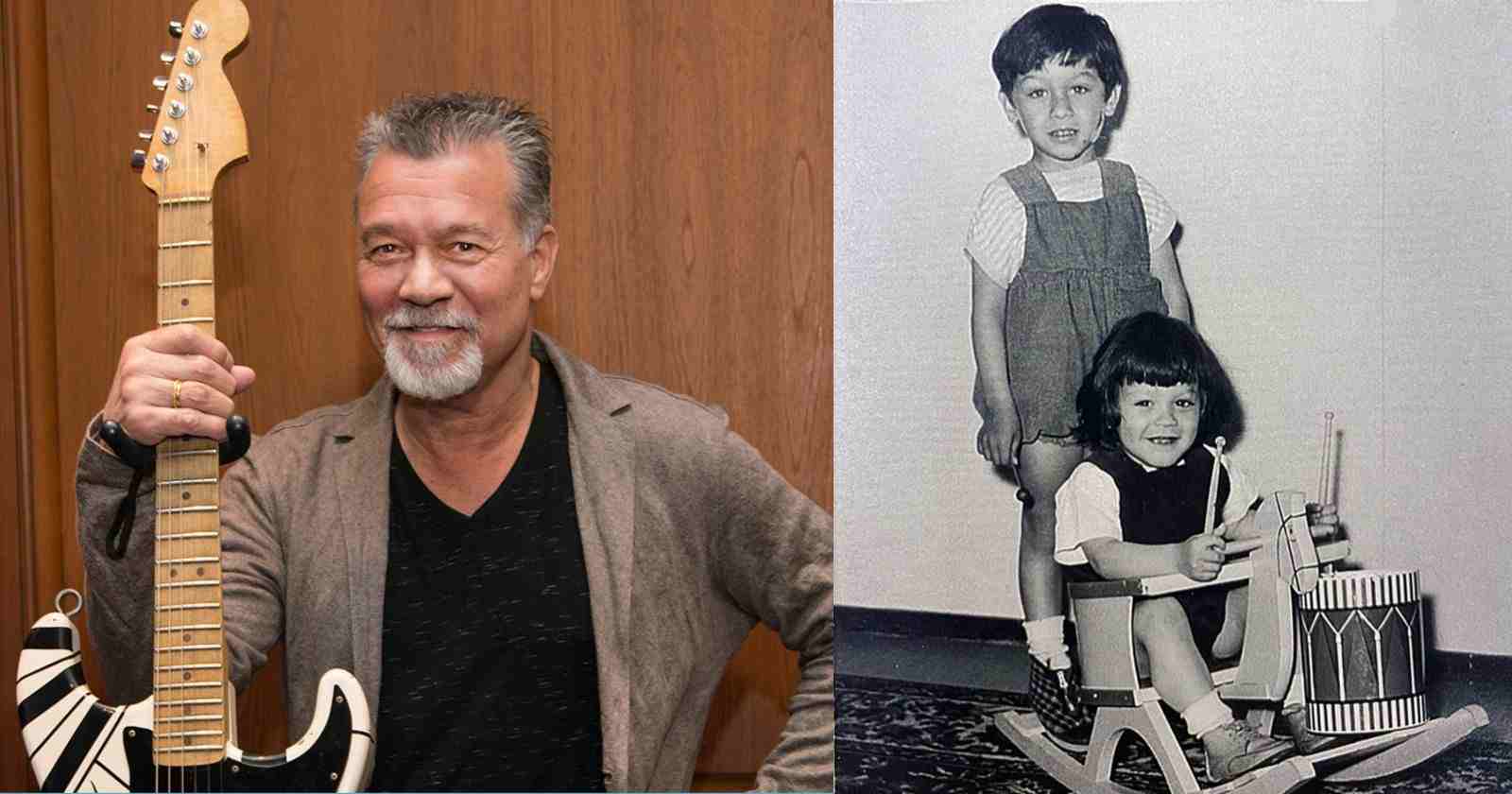 The legendary guitarist Eddie Van Halen unfortunately left us at the age of 65 in October, 2020, loosing his battle against throat cancer. His family migrated from the Netherlands to the United States when him and his brother Alex where still kids. In an interview with Guitar World back in 2013, Eddie recalled how music saved his family’s life.

“All those hair bands that played the Hollywood clubs missed the most important part. They didn’t play weddings, bar mitzvahs, polkas and all that other shit way before the club days. My brother Alex and I used to do that. We would play at the La Mirada Country Club.”

“My dad would play at the Continental Club every Sunday night, and we would sit in with him. He’d play at a place called the Alpine Haus off of San Fernando Road in the Valley, and we’d wear the lederhosen.”

“Those polka songs are so weird. They’re all I-IV-V, but they’re like some odd country song. Alex and I actually played on the boat while we were coming to America. [Van Halen’s family emigrated from the Netherlands.] We played piano, and we were like the kid freak show on the boat. Music saved our family. My father, mother, brother and I came here with only 50 dollars and a piano. We lived in one room and played gigs on weekends.”

The Van Halen's setting sail for America- 3/9/1962. Who would guess these two little kids would change rock music forever? pic.twitter.com/ABXxyMiXlT

“When we used to play clubs we learned just enough Top 40 songs to get hired. At the gig you had to play five 45-minute sets, but most pop songs are three or four minutes long, so that’s a lot of tunes to learn! We figured we could play our own stuff and no one would care as long as the beat was there. One day we were playing at this club in Covina called Posh. We ran out of Top 40 tunes so we started playing our own music.”

“The owner of the club walks up to us while we were playing a song and goes, “Stop! I hired you to play Top 40. What is this shit?” He told us to get the fuck out of there, and he wouldn’t let us take our equipment. We had to come back the next week to pick up our equipment. It was always that way. It was either “the guitarist is too loud” or “plays too psychedelic.” They always complained about me.”