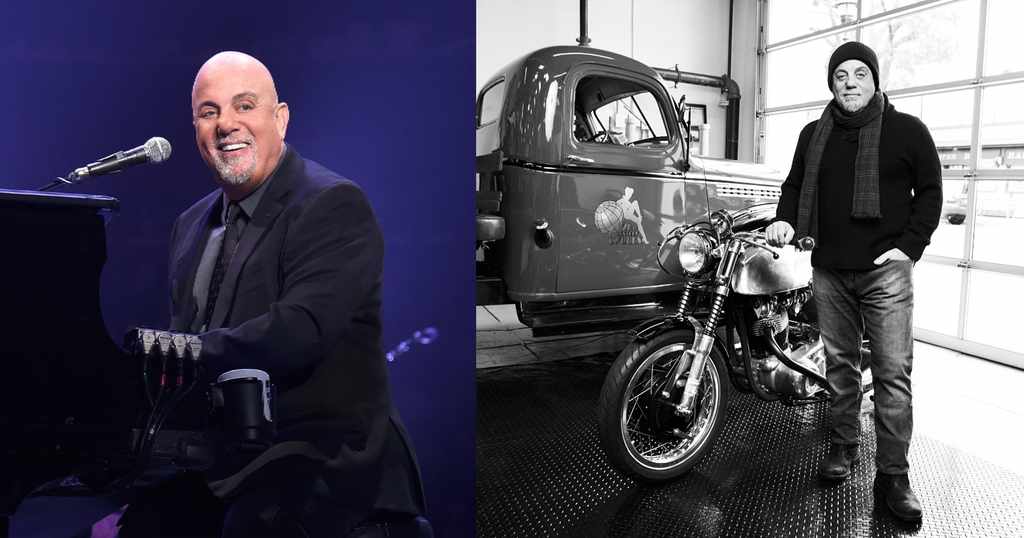 Billy Joel is one of the most succesful American musicians that was responsible many incredible songs. In an interview with Stephen Colbert back in 2017 the musician chose his 5 favorite songs of his career and explained why he likes them so much.

“I actually think about that when I’m on stage. What I wanna see me do. I tend to like the album tracks, not the one that are the hit singles.

When Billy Joel chose his 5 favorite songs of his career:

Scenes From An Italian Restaurant

Song from Billy Joel’s 1977 album The Stranger, “Scenes From An Italian Restaurant” was never released as a single. But has become one of Joel’s most celebrated compositions among fans and critics alike. Also appears on most of his compilation albums and is a live favorite. In an interview, Joel cites the second side of The Beatles‘ album Abbey Road as one of its primary musical influences.

“She’s Right On Time” appears on the album The Nylon Curtain, that is the eighth studio album by Billy Joel, released on June 28, 1982, and produced by Phil Ramone. The record peaked at No.  7 on the Billboard albums chart, with two million sales in the U.S. It was one of the first albums to be digitally recorded, mixed, and mastered.

The album is among Joel’s most ambitious efforts, and Joel has openly acknowledged that it is one of his personal favorites, calling it “the recording I’m most proud of and the material I’m most proud of.” When he recorded the album, he said in an interview that he wanted to “create a sonic masterpiece.” Joel spent more time in the studio, crafting the sound of the album, than he had on any previous album.

You May Be Right

“You May Be Right” is a single written and performed by Billy Joel from his 1980 album Glass Houses. The song reached #7 on the US charts and #6 in Canada. But it failed to chart, however, in the UK. This is unlike his preceding and succeeding singles “All for Leyna” (UK #40) and “It’s Still Rock and Roll to Me” (UK #14). The Japanese single features “Close to the Borderline” as a B-side.

And So It Goes

“And So It Goes” is a song written by Billy Joel in 1983, though it was not released until six years later. It appeared as the tenth and final track of his 1989 studio album Storm Front. The original 1983 demo was released on the 2005 box set My Lives. Joel wrote the song about a doomed relationship with model Elle Macpherson. Their relationship was dramatic, as Macpherson was only a teenager while Joel was reaching his mid-30s. So Joel dated Macpherson for a brief time shortly before becoming involved with model Christie Brinkley, who would ultimately become his second wife.

“We give the audience a choice: ‘You want Vienna or Just The Way You Are and they pick Vienna’. Vienna is a song from Billy Joel’s 1977 album The Stranger, released as the B-side to his “Just the Way You Are” single.