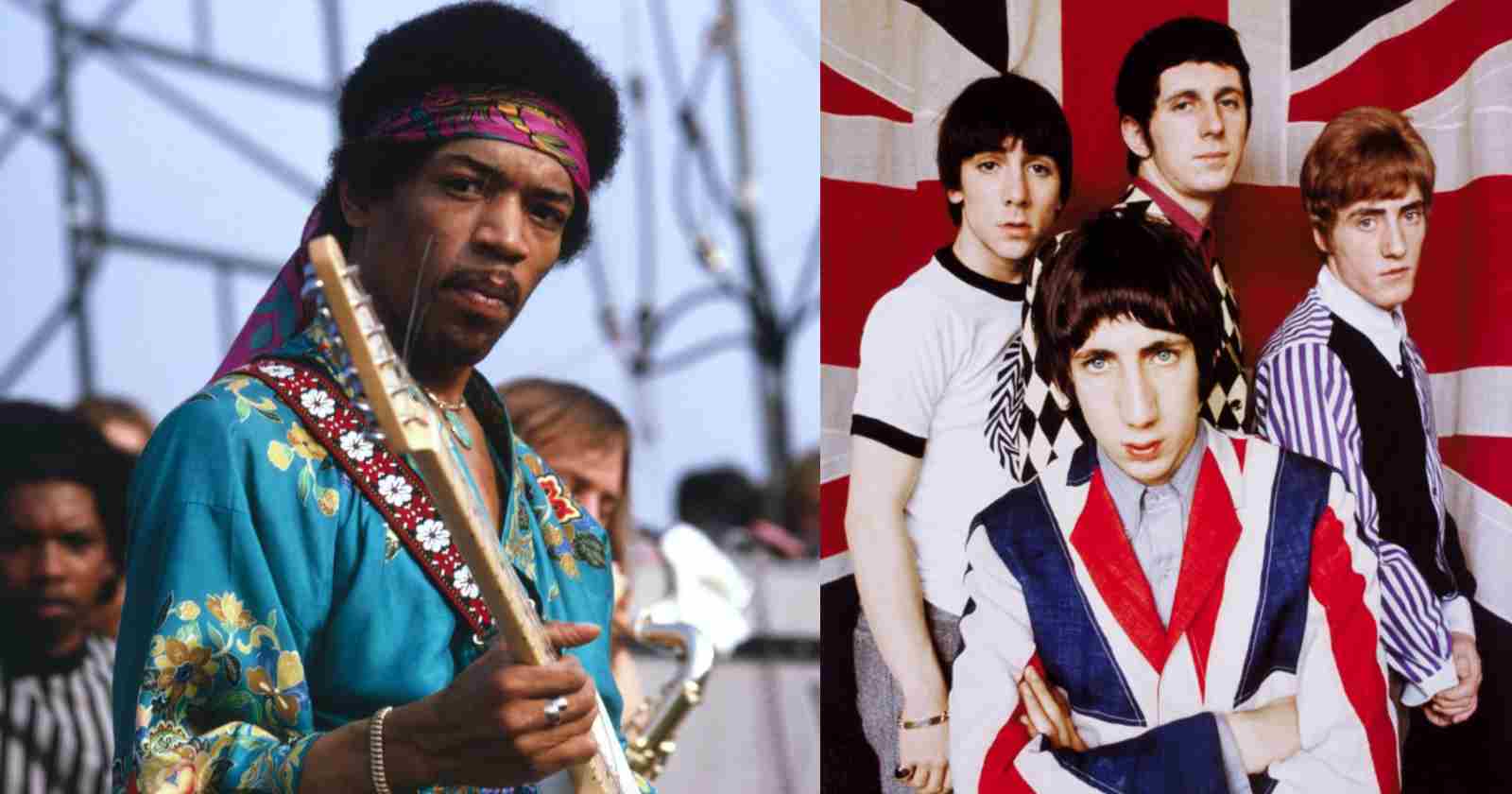 Considered the best guitarist of all time, Jimi Hendrix really showed to Rock and Roll guitarists the possibilities of what could be done with the instrument. With a short career that came to an end after his tragic death back in 1970 at the age of 27, the American musician didn’t saw the amazing bands that appeared in the following years having him as one of their main influences.

However, Hendrix gave his opinion on many of his peers before his death, including The Who and The Byrds. The musician talked about the two important bands that appeared in the 60s during an interview with Steve Barker back in 1967, three years before his death.

What was Jimi Hendrix’s opinion on The Who and The Byrds:

The Who and The Byrds were both formed in 1964, three years before The Jimi Hendrix Experience had released his first album “Are You Experienced”.

Talking with Steve Barker in 1967, when he was still 24, Hendrix was asked about what was his opinion on the “auto-destruction” and things that The Who were doing at the time. Hendrix replied praising the group: “We don’t really break anything onstage – only a few strings. Actually, we do anything we feel like. If we wanted to break something up, we would do it. There’s a lot of times in the past I have felt like that too.”

“But it isn’t just for show, and I can’t explain the feeling. It’s just like you want to let loose and do exactly what you want if your parents weren’t watching. I dig The Who. I like a lot of their songs!” Hendrix said.

It turns out that in the following years that Hendrix started to do similar things that The Who’s Pete Townshend did on stage. He even set his guitar on fire months after the interview at the Monterey International Pop Festival.

The Who vocalist Roger Daltrey said in an interview with How to How podcast back in 2020, that in his opinion, Hendrix copied Townshend by destroying the equipment on stage. “Jimi was an absolutely amazing performer. But what people don’t realize is that a lot of Jimi’s showmanship, when he started digging his guitar into the amps and the feedback and all that, most of that he copied from Townshend. So by the time we got to Monterey in ’67, Pete’s going, ‘Well, that’s my whole show!’ And it was always a great finale,” Roger Daltrey said.

Jimi Hendrix on The Byrds

During his conversation in 1967 with Steve Barker, Hendrix briefly praised the American band, saying: “The Byrds are pretty good too, though I know you don’t dig them over here. They’re on a different kick. I like them.”

In an interview with Classic Rock back in 2016, The Byrds singer and guitarist Roger McGuinn recalled he had the chance to jam with Eric Clapton and Jimi Hendrix once. “I also had the rare opportunity of jamming with Hendrix and Clapton in a loft in New York. We were at a club somewhere. Eric came over and said: ‘Hey, I’ve got a loft nearby. Do you guys wanna come over and jam? I’ve got amplifiers up there.'”

“So the three of us went to Eric’s loft. It was wild. I remember we played all these old blues songs. Not really whole songs but a lot of riffs and licks. There was healthy competition between Clapton and Hendrix,” Roger McGuinn said.

Curiously The Byrds and The Jimi Hendrix Experience released their versions for “Hey Joe” with only a few months apart in 1966. Originally registered for copyright by Billy Roberts in 1962, the track became a rock standard and has been covered by many bands. But Hendrix’s became the most famous version for the track.

Another common fact between the two was that both made successful versions of Bob Dylan songs. Hendrix transformed “All Along The Watchtower” in a completly different song. Meanwhile, The Byrds did the same covering “Mr. Tambourine Man”, “My Back Pages”, “ You Ain’t Going Nowhere” and more.

Continue Reading
You may also like...
Related Topics:articles, CLASSIC ROCK, Featured, hard rock, interviews, jimi hendrix, the byrds, the who