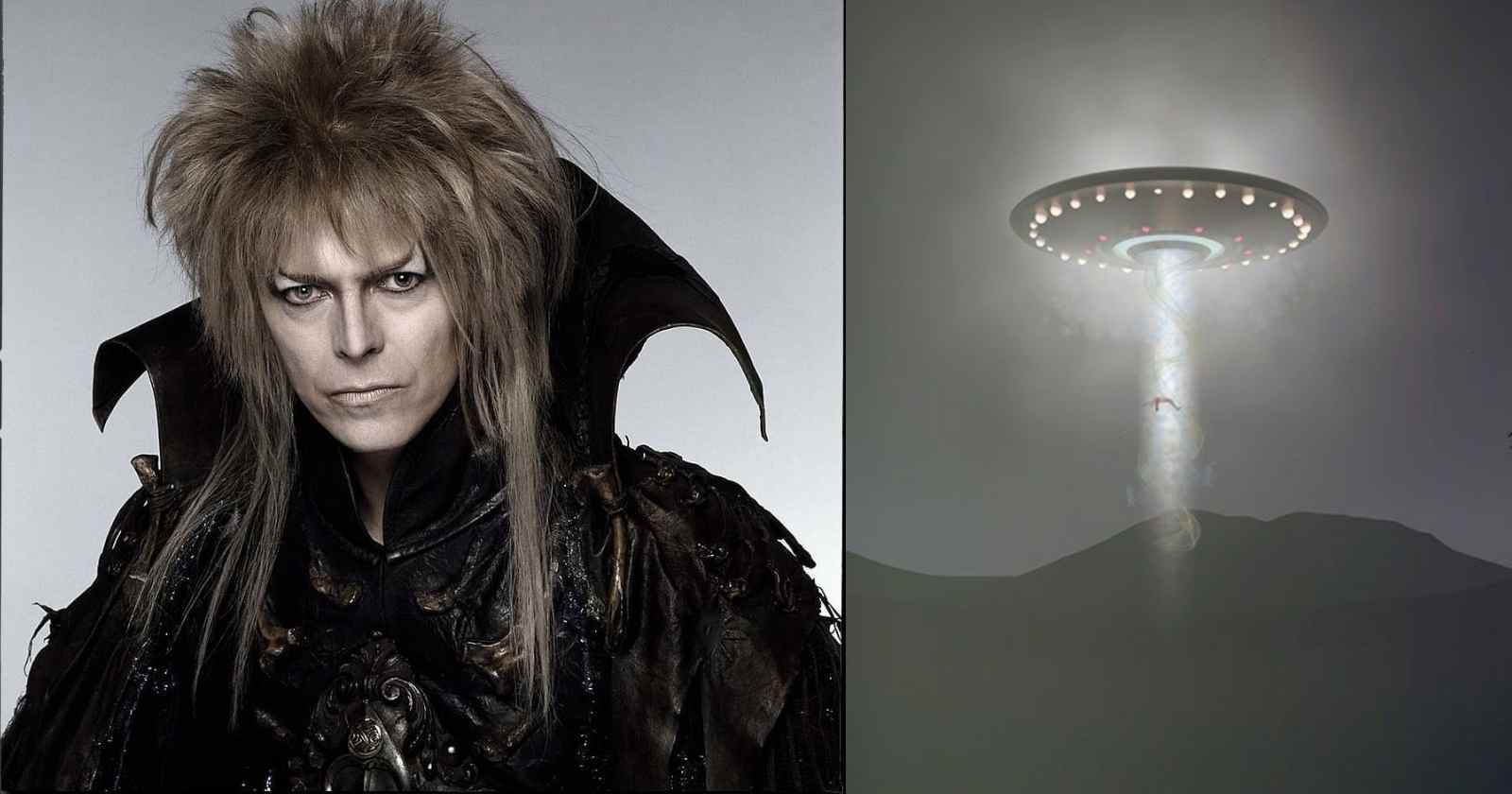 One of the most unique artists of all time, the late David Bowie had the ability to transform not only his music but also his look and persona throughout the years. That talent made the press and fans often say he was an alien, because he couldn’t be compared to any other artist in the music business. His androgynous look from the beginning of his career, naming his band Spiders From Mars, acting in the movie “The Man Who Fell To Earth” (1976) and writing songs like “Space Oddity” and “Life On Mars” also gave fuel to that myth. In an interview with MTV back in 1997 (Transcribed by Rock and Roll Garage) when he was promoting his album “Earthling” he was asked if he believed in aliens.

What was David Bowie’s opinion on Aliens

“I feel like a traitor but I’m sort of indifferent to it (laughs). For me that only represented spiritual search. I mean, I’m not madly obsessed about that thing in terms of hardware, science-fiction hardware.”

“I tend to just use the idea of the alien or the otherness of beings as to pinpoint a sense of isolation or alienation, which is slightly more of a psychological thing. They became ciphers for that. But the idea of ‘Is there life on Mars?’, I could care less” (laughs), David Bowie said.

David Bowie said the internet was an “alien life form”

Years before the internet became something extremely crucial for everyone’s lives, David Bowie had already predicted the impact it would cause on society. Talking with BBC Newsnight back in 1999, he called the internet an “alien life form”, saying (Transcribed by Rock and Roll Garage): “(Before was Rock and Roll, now is) The internet now carries the flag of being subversive and possibly rebellious, chaotic, nihilistic. Forget about the Microsoft element, the monopolies do not have a monopoly, maybe on programs.’

He continued saying that the late 80s and the 90s didn’t had an artist that was personified as the name of the decade, like the 60s that had The Beatles, Hendrix and the 50s had Elvis Presley. Bowie said that things started to be more close to subgenres and the internet was helping that movement. “It’s a communal kind of thing. It’s about the community. (So) It’s becoming more and more about the audience.”

(…) “I don’t think we’ve even seen the tip of the iceberg. I think the potential of what the internet is going to do society, both good and bad, is unimaginable. (So) I think we are actually on the cusp of something exhilarating and terrifying. No it’s not (Just a tool). No, it’s an alien life form (laughs). Is there Life On Mars? Yes! It just landed here!” David Bowie said.

Today is #InternetDay… To mark this auspicious occasion, here’s David Bowie speaking to Jeremy Paxman in 1999 about the "unimaginable" effects on society it was going to have. pic.twitter.com/JVBry1m3Pk