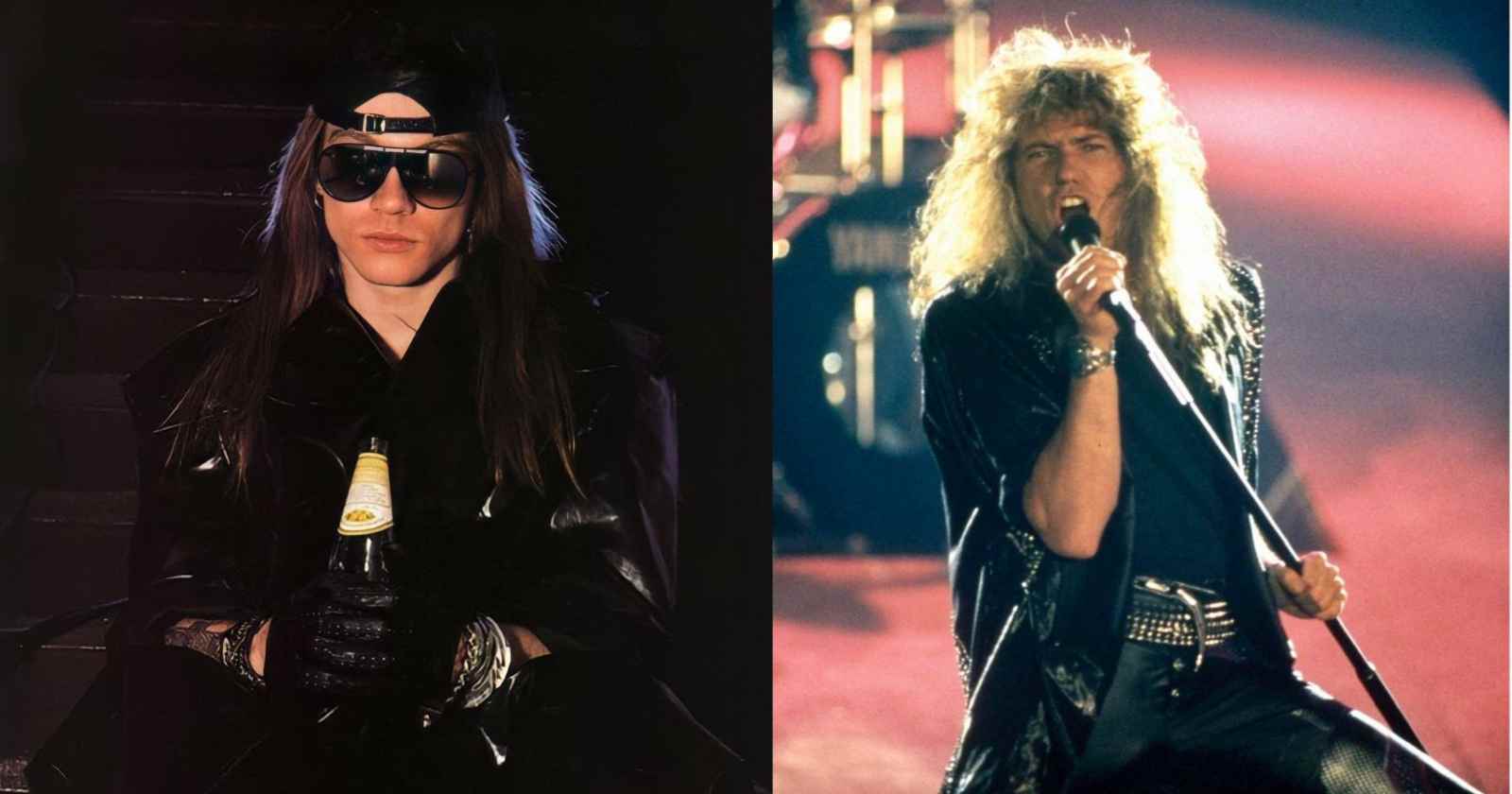 Guns N’ Roses appeared in the late 80s when Rock and Roll music was really into Hair Metal and even some old acts were trying to sound like the bands of the movement to follow the trend. In an interview with Steve Harris back in 1987, singer Axl Rose gave his opinion on Whitesnake, band led by ex-Deep Purple vocalist David Coverdale, that first started as a very blues-based band and then became a Hard Rock band with power ballads.

At that time, Axl Rose wasn’t a big fan of Whitesnake and called them “the biggest sellout” he ever heard in a long time. The musician explained, saying: I’m not knocking, I don’t know, man. I mean making a mellow version of your song so you can get HR radio to play it. That’s like so served it’ll make you sick. Maybe, if that’s the way you wrote the song and intended it, that’s nice. But just doing it for the sake of getting money kind of makes me nauseous.”

“Now, I’m not talking about the players, especially the players in a new band. Vivian Campbell blows my mind on guitar. I’m just saying I don’t enjoy the record. David Coverdale made a comment to someone I met in Carolina, saying there wouldn’t be bands like Mötley Crüe, Guns N’ Roses and stuff if it wasn’t for him. I’m sorry, he hasn’t been influencing anything I’ve ever done. I like about two to three songs to the guys. That’s about it.”

“I think he’s a great singer but I’ve never sat around singing David Coverdale songs. I mean, I think ‘Slide It In‘ was a much more rocking record than the new one. Took a lot more chances. It’s like you know how we got our record deal and we got Geffen to agree to a lot of things we wanted. We have to do it again, and we have to do with the whole world,” Axl Rose said.

Ther are no hard feelings between Axl Rose and David Coverdale

Even though Axl didn’t had many good things to say about Whitesnake in the past, it seems that they now get along, since in an interview with “Appetite for Distortion Podcast” in 2019, he said that he and Axl sends regards and respects to each other: “Slash and Duff are friends of mine. Duff’s jammed with me and I’m working with Slash in about 2 months. I haven’t seen Axl for many many years, but we send regards and respects to each other”.

Formed in London back in 1978 by David Coverdale after he left Deep Purple, Whitesnake became one of the most important Hard Rock bands in Rock music. Over the decades many famous musicians played in the band like: drummer Ian Paice, keyboardist Jon Lord, bassist Neil Murray, drummer Cozy Powell, guitarist Vivian Campbell, guitarist Steve Vai, bassist Rudy Sarzo and more.