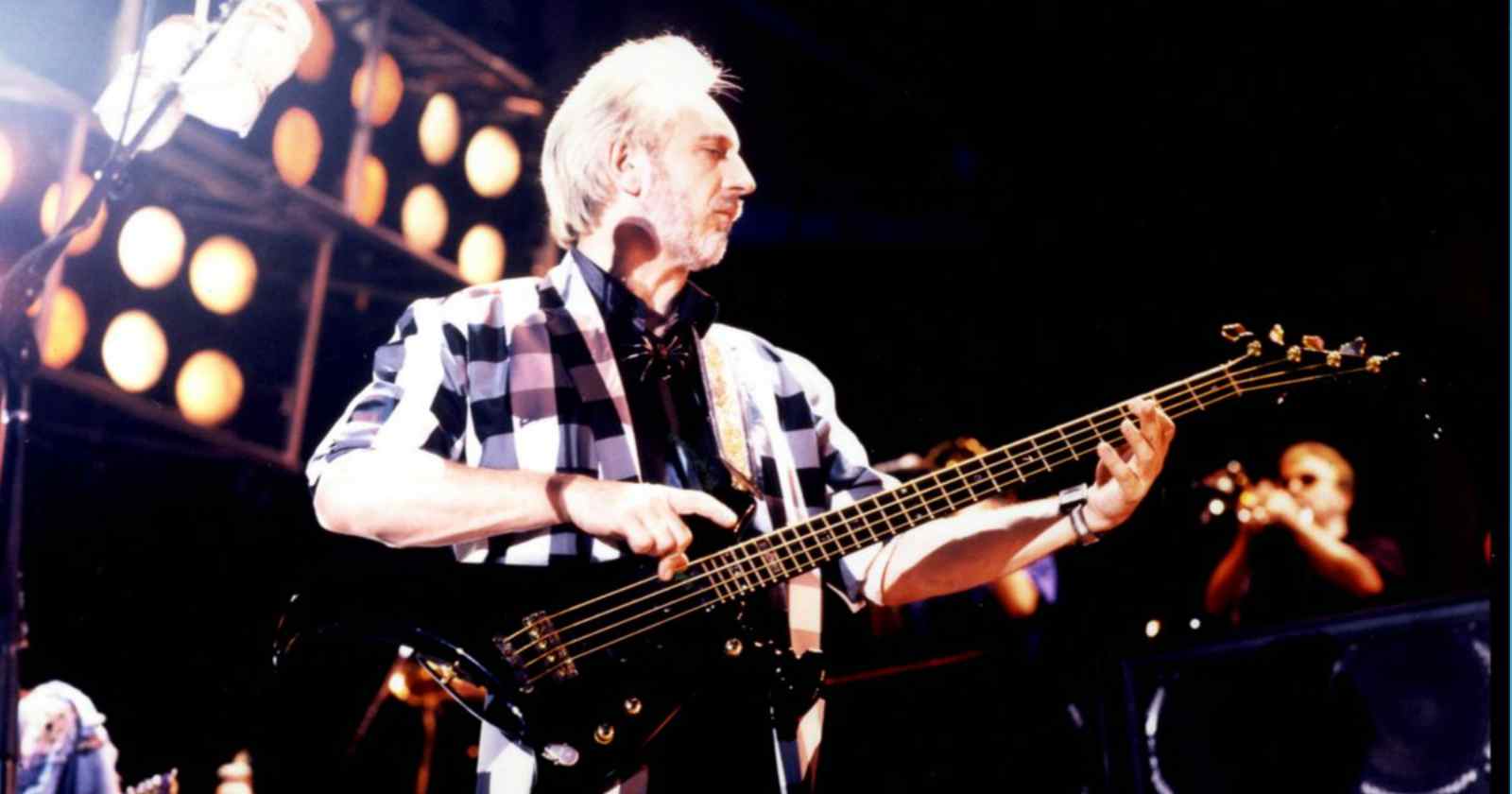 The late legendary The Who bassist John Entwistle was one of the most influential Rock and Roll bass players of all time. Also nicknamed Thunderfingers” and “The Ox”, he was known for his distinctive sound and technique that was a big inspiration for many musicians over the decades, including players from Heavy Metal bands. In an interview with Institut National de L’audiovisuel of France back in 1990 (Transcribed by Rock and Roll Garage) he gave his opinion on Heavy Metal music, analyzing the way bassists played in the genre.

What The Who’s John Entwistle said about Heavy Metal music:

“Heavy Metal I find very limited because most of the bass players just pull all away and make thumping noises. So, I mean, most bass players concentrate their attention on Funk, all this hitchhike bass playing (Imitates a hitchhiker using the thumb), which I found really restricting. It’s too percusive sound that doesn’t travel in an audience.”

Talking with Rolling Stone magazine back in 1981 when promoting Who’s album “Face Dances” (1981), Entwistle said that the band sounded “almost Heavy Metal” playing live but it had a different sound when recording on studio. “It’s like being in two different bands. Onstage, we’re almost heavy metal. On record it’s so toned down.”

“That’s a real failing. The only Who album I listen to a lot anymore is ‘Live at Leeds’. That’s the heaviest album we’ve ever made. Maybe we should do the next album live. At least it’ll sound like us.”

Even though is a common sense that Black Sabbath was the band that created Heavy Metal music the way that the genre was established in the following decades, The Who guitarist Pete Townshend told Toronto Sun back in 2020 that was his band that “sort of” created the genre.

“We sort of invented heavy metal with ‘Live At Leeds’. We were copied by so many bands, principally by Led Zeppelin. You know, heavy drums, heavy bass, heavy lead guitar. Some of those bands, like Jimi Hendrix for example, did it far better than we did.”

“Cream, with Eric Clapton and Jack Bruce and Ginger Baker, they came along in ’67. Same year as Jimi Hendrix, and they kind of stole our mantle in a sense.”

“So people who want to hear that old heavy metal sound, there are plenty of bands that can provide it. So it’s not really what we can actually do today. Even if we wanted to, it was never high on my list of wishes,” Pete Townshend said.