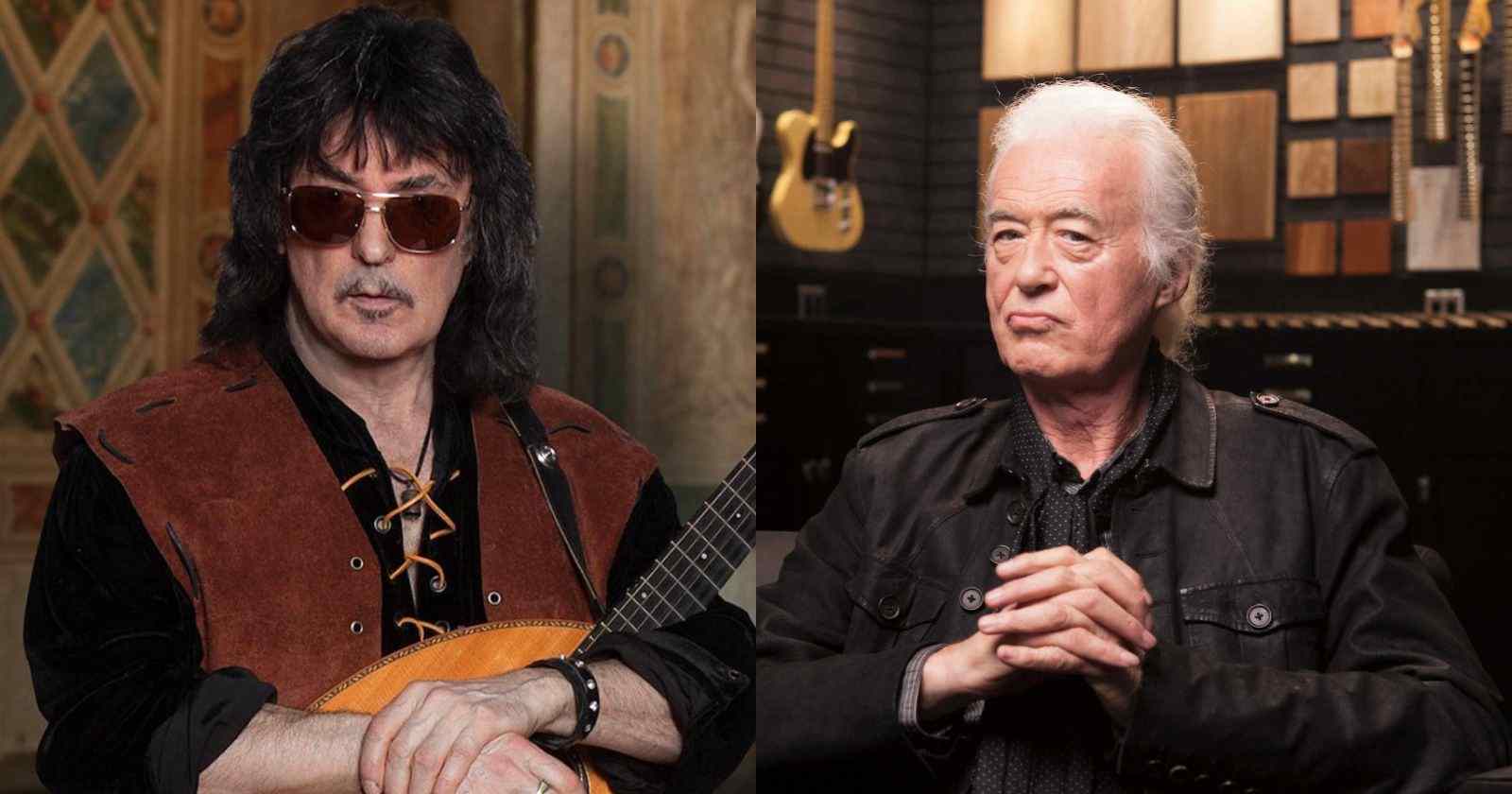 Legendary guitarist Ritchie Blackmore (Deep Purple, Rainbow) gave his opinion on Jimmy Page (Led Zeppelin) during an interview posted by Blackmore’s fan club in their Youtube Channel back in 2016. The musician recalled how the two lived in the same area when they were young.

“When I was 11 it was about Elvis Presley, Buddy Holly and the same thing for them and they have brilliant guitar players: Scotty Moore, Buddy Holly played the guitar and you had Cliff Gallup playing for Jean Benson. You had all these brilliant players and we would idolize them and it was a very exciting time. I think at the age of 11 or 12 we would have our acoustic instruments and then later on we got the electrics. Not like today, you know. I’ve spoken to people and they’ve said ‘Well, I must buy my son a guitar what do you recomend? Should I get him a Fender? If I get him a Fender, should I get him an Marshall amp?'”.

“So best of luck with that, you have someone plugin in a Fender, who’s never played it before in a Marshall. It’s not going to be a happy household, you know. Whereas in our day whe used to plug into the back of the radio. Of a 2 watt radio. But it is strange how we all come from the similar area. Like I said, with Jimmy Page, he was in the same village, it’s like a village. Really not even a town. Clapton was a few more warm miles out and course (Jeff) Beck was in another area, but course, the same age.”

“I met Jimmy Page in 62, I was playing in a band called Bank Screaming or such and the Savages. We used to dress up as caveman and I was thin as a rail at the time. So I was totally embaressed to have this loincloth on with all my bones showing. So I was 17, 16 and all the rest of the guys in the band were all like Charles Atlas and we played with a band called Neil Christian and The Crusaders who I played with later and Jimmy Page was playing his Grestch guitar with no question.”

“I knew that he was going to be somebody then. Not only he was a good guitar player, he had that star quality there. There was something about him, he was very poised and confident. He was confident but not arrogant. So I thought ‘he’s gonna go somewhere’ that guy, you know, he knows what he is doing.”

“He was way ahead most guitar players, he was really good, he knew he was good too. He wasn’t arrogant but he was very comfortable within himself. Then 64 or 65, I met up with him, we did a couple of sessions actually with him. One was with Jeff Beck, Jeff took the solo and everybody was raving about the solo, that was a really good solo. I noticed I was playing and he was looking at my hands and i’m like ‘why you are looking at my hands?’ and he responded ‘I don’t know where we are, i’m just following your chords’, Ritchie Blackmore said.