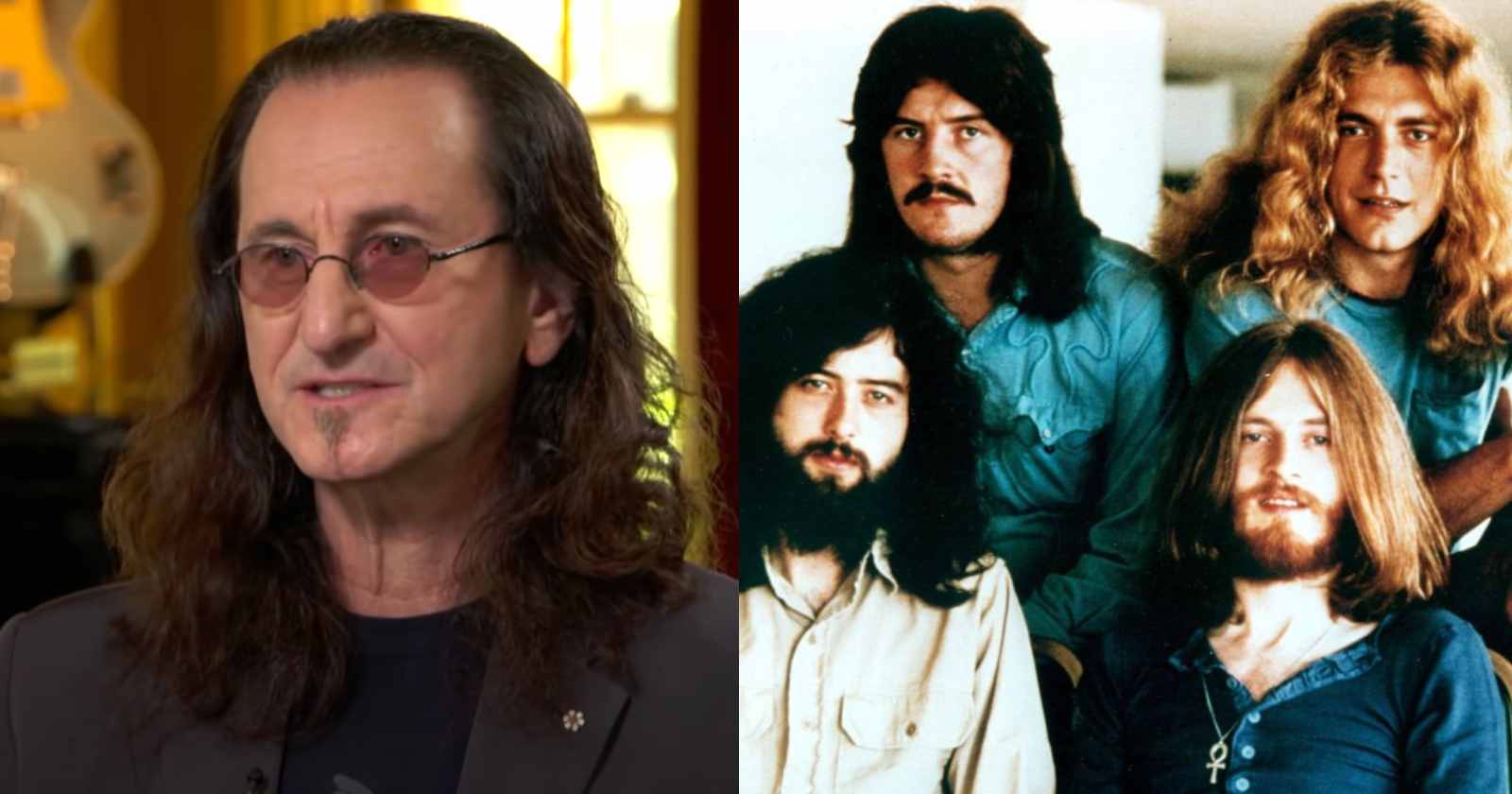 Images from Dan Rather show and Everett Collection

Rush bassist, singer and sometimes keyboardist Geddy Lee is remembered as one of the best bass players of all time. In an interview with Rolling Stone magazine back in 2020 he gave his opinion on Led Zeppelin and bassist John Paul Jones that influenced a whole generation of musicians.

“Zeppelin were a huge influence on my band. Our original drummer, John Rutsey – he happened to be at the very first gig in Toronto, at a place called the Rock Pile. He came home raving about that band. So the day that first album dropped, we were lined up the store to get it. I remember running home to my house and putting it on. The three of us just sat around my record in the room, listening to the first Zeppelin record. (We were) just blown away by the tone of the band, first of all. They were really, for us, the first heavy band.”

“We could hear all those blues riffs and all the sound that they had. Also how they sort of had grown out of the blues-rock movement of England. Yet they brought, through Jimmy Page‘s guitar, all these more ethereal moments.”

“He’s one of those guys that did not have a twangy sound. But nonetheless, his bass was always loud and proud, and such an integral part and such interesting melodies. As they progressed as a band, his musical impact was clear. It was such a huge musical impact in the final result of what Led Zeppelin sounded like.

“I mean, if you listen to what’s going on – a song like ‘What Is and What Should Never Be,’ where would that song be without the bass part? So it is unbelievable. It’s such a well-written and fluid and dextrous bass part, that it just finishes it off.

“Not only do I have so much respect for him as a player, but he’s such a lovely man. Such a generous guy. [When we met for an interview for my book,] he was so generous with his time. We had such a great time visiting together and hanging out for an afternoon, talking about his past and basses. Really considerate dude. Really, I just can’t say enough good things about him.”

Rush was often compared to Led Zeppelin in their first album due to Geddy Lee’s high pitched voice and their heavy sound.  Born in 1953 Geddy Lee joined what would evolve into Rush back in 1968 when invited by his childhood friend Alex Lifeson.

The classic power trio was formed after the late drummer Neil Peart replaced previous drummer John Rutsey in 1974 after the release of their first album which had their first hit “Working Man”.  Until 2005 the Canadian band sold more than 40 million records all over the world.