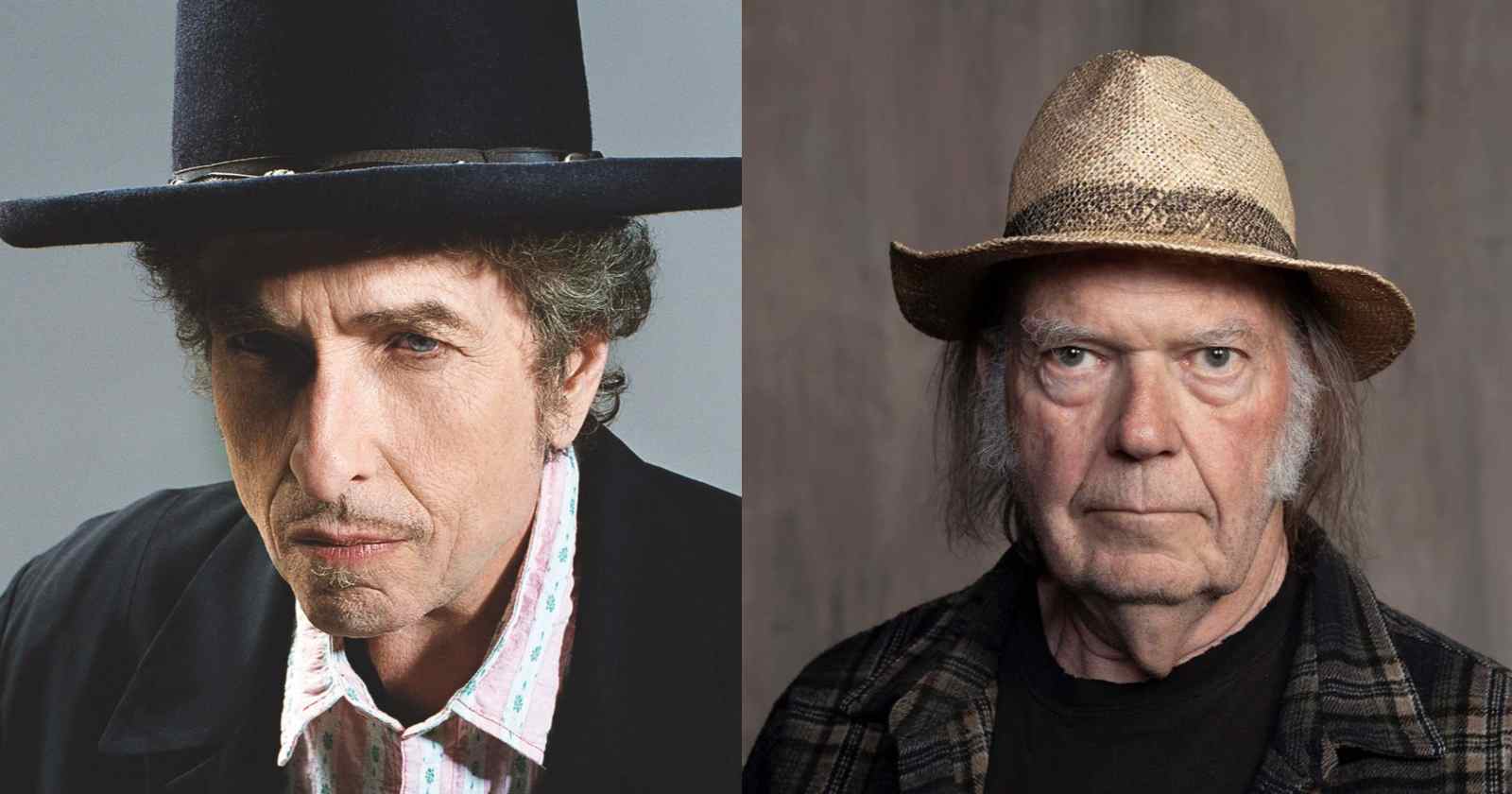 Bob Dylan and Neil Young are two of the most important musicians of all time and over the years both musicians talked about each other in interviews. In an interview with Rolling Stone back in 2007 Dylan gave his opinion on the Canadian musician and his work.

What is Bob Dylan’s opinion on Neil Young

“Neil is very sincere, if nothing else. He’s sincere, and he’s got a God-given talent, with that voice of his, and the melodic strain that runs through absolutely everything he does. He could be at his most thrashy, but it’s still going to be elevated by some melody. Neil’s the only one who does that. There’s nobody in his category.”

In the song “Highlands” from his 1997 studio album “Time Out of Mind”, Bob Dylan sang “I’m listening to Neil Young, I gotta turn up the sound, someone’s always yellin’ “Turn it down”. Feel like I’m driftin’, driftin’ from scene to scene. I’m wonderin’ what in the devil could it all possibly mean.”

What is Neil Young’s opinion on Bob Dylan

In an interview with Charlie Rose (Transcribed by Rock and Roll Garage) back in 2008, the Canadian artist gave his opinion on Bob Dylan, talking about his songwriting and influence on music. “I love Bob Dylan, I think he is great. In the very beginning I knew he was great. I was walking on down the street and there is this guy in a Lincoln Navigator or continent, I can’t remember, was one of those black cars. He is in there and he is blasting ‘Like a Rolling Stone’ and singing at the top of his lungs. It’s an afro-american guy sitting there, he is about 30 years-old in a suit, just rocking”.

“I heard Bob’s voice and I wen’t ‘This is Bob, you know. This is the essence of his feeling and everything. The moment that he was delivering that song is so powerful, you can’t keep that’. That comes and goes through you. You can’t strive to be that, there is no way you own it. I’ve heard Bob say that he doesn’t know who wrote, he doesn’t know the guy who wrote those songs anymore. I understand what he was saying, the feeling behind it. I look at it and I go ‘Well, I must been in a really different place doing that, but I was, I wrote those words, I sat down and I believe it”.

Bob Dylan and Neil Young shared the stage in 2019

Back in 2019 they shared the stage for the first time in 25 years. While co-headlining a show with Neil Young in Ireland the two came together onstage during Dylan’s show and performed the traditional American hymn “Will the Circle Be Unbroken.”

Bob Dylan was inducted into the Rock and Roll Hall of Fame in 1988 by Bruce Springsteen and Neil Young in 1995 by Pearl Jam’s Eddie Vedder.