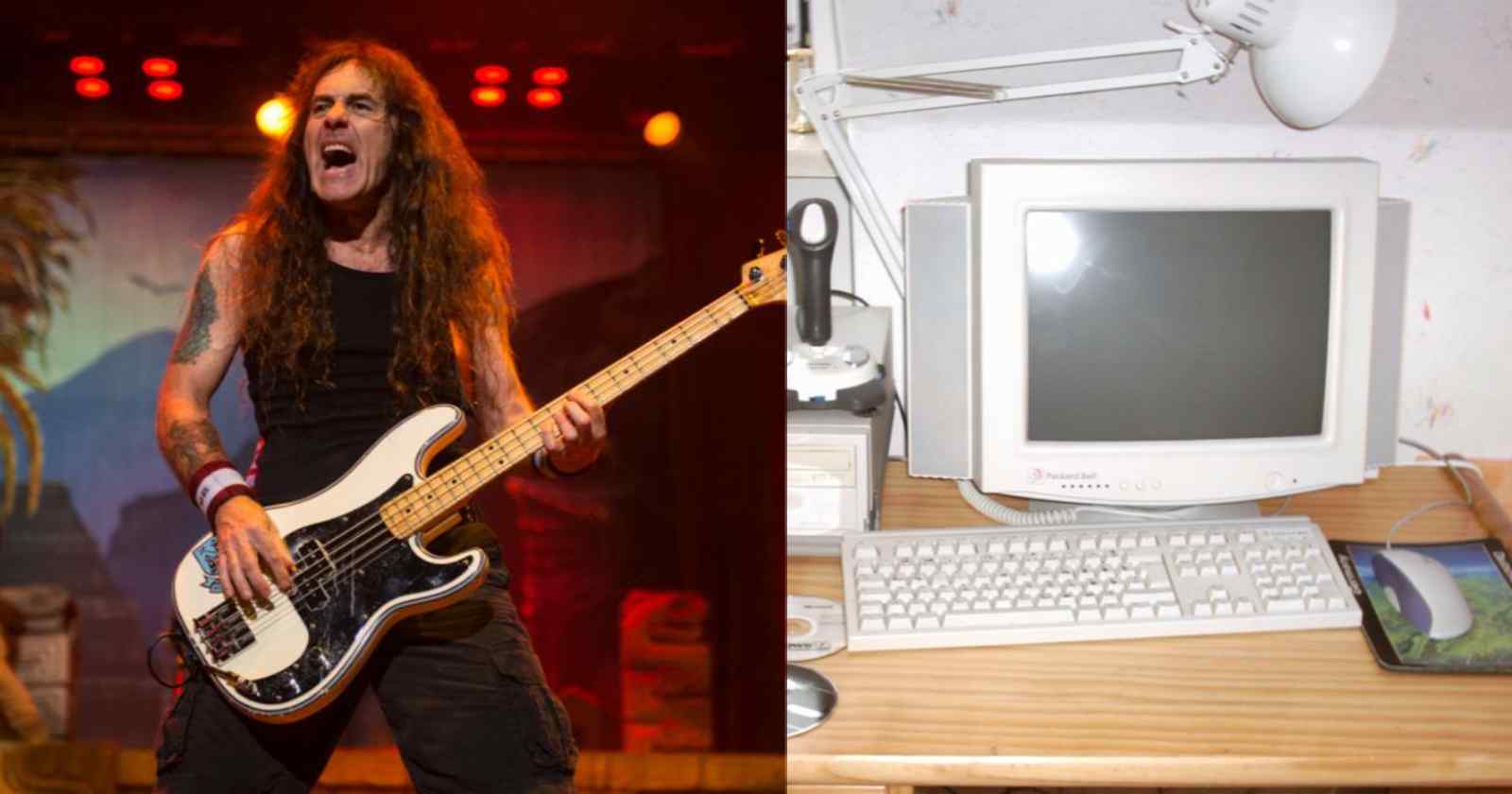 January 1, 1983 is considered the official birthday of the Internet but this digital world that is omnipresent almost everyone’s lives nowadays only started to reach more people in the 90s, that was also when more websites appeared.

In an interview with Angel Fire back in 1999, Iron Maiden bassist Steve Harris and guitarist Dave Murray praised the “new technology” and talked about the band’s official website. The conversation happened only one month after Iron Maiden released the album “Brave New World” that marked the return of vocalist Bruce Dickinson and guitarist Adrian Smith to the band.

What Iron Maiden members said about the internet back in 1999

Maiden’s founder, bassist and main lyricist Steve Harris was asked by Angel Fire how he felt about the new technology and about people downloading videos and music. The musician answered, saying: “I think it’s great, obviously the fact that it’s coming very close the fact that you can already download different songs and stuff like that. I think that we are going to do various stuff like record live shows or put odd songs on the net so that people can download and say “Oh I was there two nights ago. I was there”.

“But I think technology’s great if you can utilize it in the right way. It’s good to be able to use all that stuff. I know I for one love all that stuff anyway. So I love getting on the net and messing around. I think it’s the way to go. It’s what people are into, it’s what we’re into.”

Guitarist Dave Murray also talked about it, saying: “We totally embrace that whole thing on the Internet. The Iron Maiden web site is just jammed packed full of stuff you can spend hours on there. There is different areas to go to. So we’re totally trying to keep at the forefront of it, like using special effects on the web site. Because we have to keep up with it and you can download stuff off of the web site. Obviously there is some sites there with a bootleg sort of vibe. But you know it’s a bigger picture now. You got a whole planet to go for.”

In the same interview Steve Harris was asked what was his opinion on websites made by fans and he said he thought it was great, thinking about the fact that people spend their time and money to do such a thing. He and Dave pointed that even though it was a cool thing, a lot of the informations on those websites were no accurate and they posted a lot of rumours that could be true or not.

Before My Space, Facebook, Instagram, Twitter and other social networks appeared and became popular the band’s official websites were probably the only possible place that a fan could have some kind of direct contact with the group and see all the news about those artists. By the end of the 20th century the internet speed was really, really terrible compared to nowadays . Things like live streaming or the fast access to videos and images with a high quality was not possible.

But at the time, Maiden found an interesting way to talk directly to the fans through their website as guitarist Dave Murray recalled. The musician pointed in the conversation with Angel Fire that it was a great thing that someone who was in North America could be talking to someone in Europe on the “chat room” that the official Maiden website had. Murray noted that the band members would go to that area of the website and talk directly with the fans once a week back at the time.

In 2022 the British band continues to explore the internet wiht many features on their website. In 2017 the band released a comic and a mobile game called “Legacy Of The Beast” that fans can “battle as Eddie (The group’s mascot) in his many forms accros amazing worlds inspired by Iron Maiden’ rich imagery and music. Fight legions of unrelenting enemies,” the official synopsis of the game says.