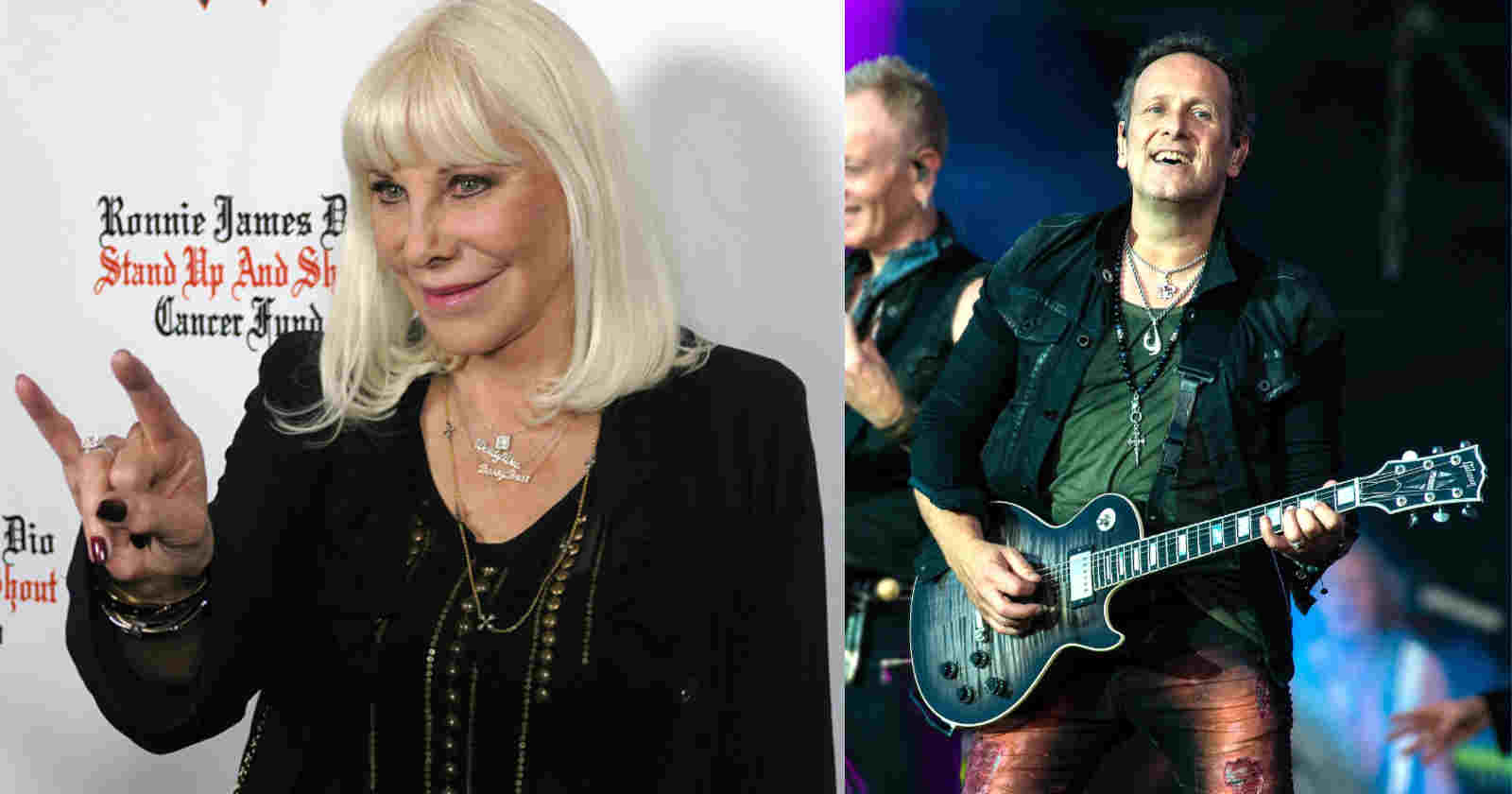 Ronnie James Dio widow Wendy Dio talked with Ultimate Classic Rock about the release of the late singer’s autobiography and criticized the guitarist Vivian Campbell, that played on Dio’s albums “Holy Diver”, “The Last In Line”, and “Sacred Heart”, for saying that Ronnie didn’t paid him enough money.

The falling out with Vivian Campbell is long-standing and well-known. It seems like there was a definite chance to finally put that in black and white once and for all.

“I wanted to, because I am so sick to death of hearing Vivian saying things like, ‘Ronnie paid me a hundred dollars a week.’ Well, how did he buy a Ferrari with a hundred dollars a week? So Ronnie was always fair to his people. It costs a lot of money to put that show on. All of the time, we paid for everything – buses, trucks, hotels, per diems, lighting, sound and everything else. I think he treated the band very fairly.”

“The problem is Vivian, for some reason, decided he wanted to be Ronnie. Well, you know, the band was called Dio. But the fact was that Ronnie had already been in Rainbow and paid his dues and then in Black Sabbath and paid his dues. He wasn’t just off the street and a nobody. I got really upset. I get really upset when I hear him saying all of the things about Ronnie.”

“Ronnie isn’t here to defend himself. I will. I have all of the paperwork to prove that. How much he did get paid. That just kind of upsets me that people will say, “Oh, Ronnie was cheap.” Well, Ronnie was never ever cheap at all.”

Do you think there was ever would have been a chance to build any sort of bridge between Ronnie and Vivian?

No. I don’t think so, because there was too many nasty things by both of them said in the press, and I think you can’t undo those things.

Vivian Campbell is a Northern Irish singer-songwriter and musician. He came to prominence in the early 1980s as a member of Dio, and has been a member of Def Leppard since 1992 (replacing Steve Clark after his death). Campbell has also worked with Thin Lizzy, Whitesnake, Sweet Savage, Trinity, Riverdogs, and Shadow King.