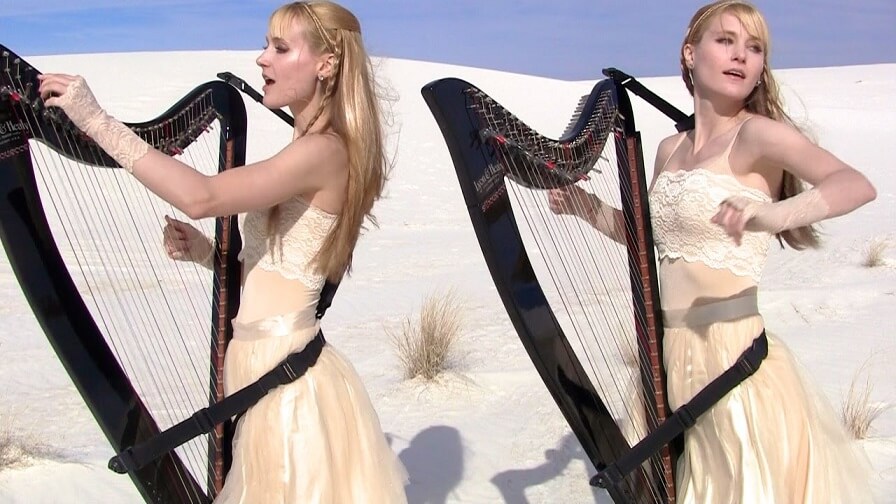 The Harp Twins Camille and Kennerly are talented musicians that besides writing new music, also makes a lot’s of rock and roll covers on the harp. And here it is their version for Metallica’s “Enter Sandman”.

“Enter Sandman” is a song by Metallica. It was released as the first single from their self-titled fifth album, Metallica in 1991. The music was written by Kirk Hammett, James Hetfield and Lars Ulrich. Vocalist and rhythm guitarist Hetfield wrote the lyrics, which deal with the concept of a child’s nightmares.