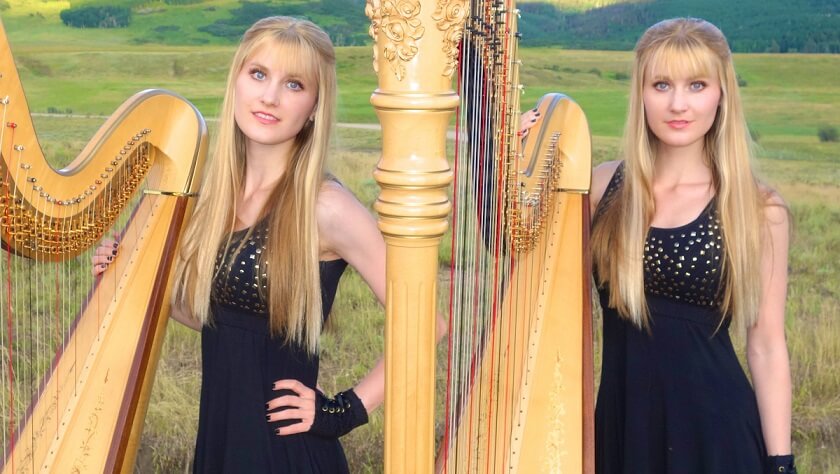 The Harp Twins Camille and Kennerly released a Journey cover for the classic “Don’t Stop Believin’”. The two are talented musicians that besides writing new music, also makes a lot’s of rock and roll covers on the harp.

“Don’t Stop Believin'” is a song by American rock band Journey, originally released as the second single from their seventh album Escape (1981). It became a number 9 hit on the Billboard Hot 100 on its original release. In the United Kingdom, the song was not a Top 40 hit on its original release; however, it reached number 6 in 2009.

Mike DeGagne of AllMusic has described “Don’t Stop Believin'” as a “perfect rock song” and an “anthem”, featuring “one of the best opening keyboard riffs in rock.” It is the best-selling digital track from the 20th century with over 7 million copies sold in the United States.

In 2007, the song gained press coverage and a sharp growth in popularity for its use in the famous final scene of HBO’s The Sopranos series finale “Made in America.” Steve Perry was initially hesitant to allow the song to be used in The Sopranos but later agreed. Digital downloads of the song soared following the episode’s airing and the exposure motivated the band members to overcome the struggles they were having at the time and find a replacement lead singer after Perry’s departure.