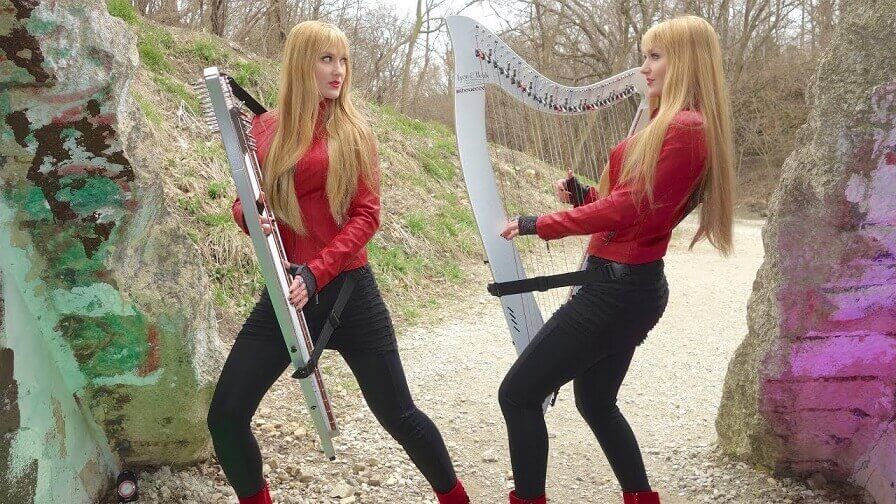 The Harp Twins Camille and Kennerly are talented musicians that besides writing new music, also makes a lot’s of rock and roll covers on the harp.

And here it is their version for Dio’s classic song “Rainbow In The Dark”.

“Rainbow in the Dark” was the second single released by Dio, taken from their Platinum-selling 1983 debut album, Holy Diver. Assisted by a popular MTV music video, it reached #12 on Billboard’s Album Rock Tracks.

The song was covered by Corey Taylor, with support from Roy Mayorga, Satchel, Christian Martucci & Jason Christopher for the Ronnie James Dio: This Is Your Life – Tribute.