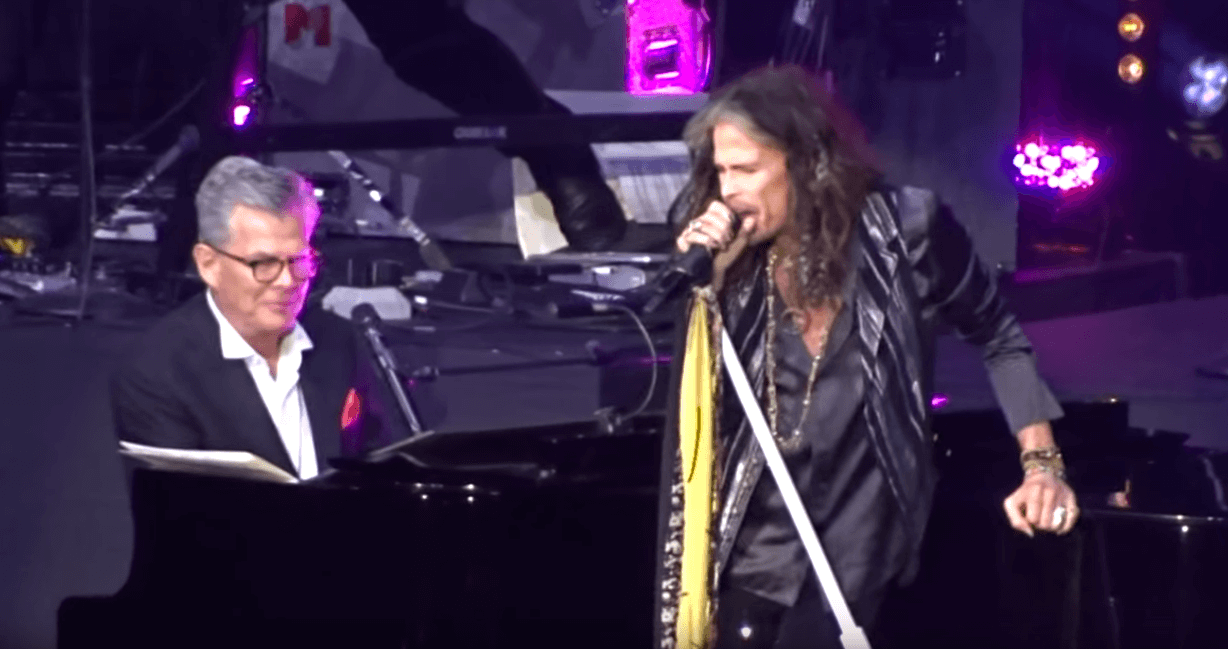 Four weeks after Aerosmith canceled the last four dates of the South American tour due to health issues from singer Steven Tyler, the frontman returned to the stage on Saturday night, October 21, 2017, to play some songs at a charity concert at Rogers Arena in Vancouver, Canada, with David Foster.

You can watch Steven performing “Dream On” on the piano, “Crying” and “I Do not Want to Miss a Thing”.

By the end of September, rumors had spread that Tyler had suffered a seizure after an Aerosmith concert in São Paulo (Brazil). The singer himself went to social networks to deny the claim.