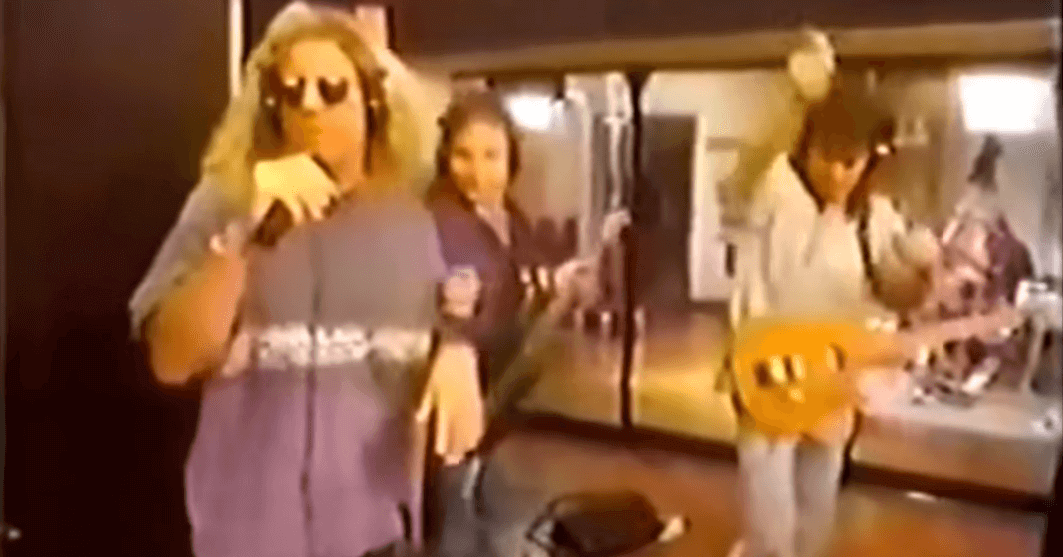 This rare video from 1993 at the 5150 studios shows Van Halen with Sammy Hagar performing a interesting cover of The Who’s classic “Wont Get Fooled Again”.

Eddie invited Patty Smyth of Scandal to replace Roth but she declined. Eddie was then introduced by an auto mechanic to Sammy Hagar, formerly of a 1970s band Montrose, and at that time a solo artist coming off a very successful year. 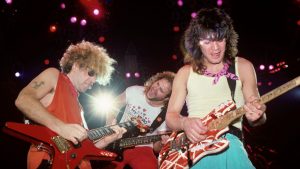 His hit single “I Can’t Drive 55” came from his 1984 album VOA, produced by Ted Templeman who had also produced Hagar’s first album Montrose, as well as all of Van Halen’s albums up to that point. Hagar agreed to join and also serve as a rhythm guitarist on stage to add to the Van Halen sound.

In the May 2015 season premiere episode of the TV show Live from Daryl’s House, musical guest Hagar stated that he had heard a rumor from “several people” and asked host Daryl Hall of Hall & Oates to confirm if he had been “asked by Eddie to sing in Van Halen.” Hall affirmed that he had been asked after a Hall & Oates concert in 1985, but declined.

The 1986 Van Halen album 5150 was a huge hit, becoming the band’s first No. 1 album on the Billboard charts, driven by the keyboard-dominated singles “Why Can’t This Be Love” (#3 U.S.), “Dreams,” and “Love Walks In” (Top 30 U.S.). To further introduce the new era for the band, a new Van Halen logo was put on the cover. The new logo retained elements of the original, but now the lines extending from either side of ‘VH’ wrapped around and formed a ring. 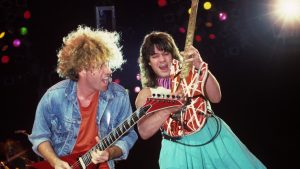 Following the release of the 5150 album, a tour was launched to support it across North America. Named the “1986 Tour,” the title was a homage to the previous “1984 Tour” in support of the 1984 album. Footage was released on VHS and DVD as “Live Without a Net.”

In the tour Hagar wanted to minimize the use of pre-Hagar Van Halen songs in the set, other than the band’s best known classics. This was a trend that continued, with the expanding repertoire of Hagar-era songs slowly whittling away at the number of Roth-era songs on the set list. 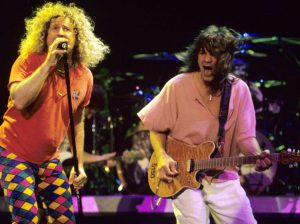 All four studio albums produced during this period reached No. 1 on the Billboard pop music charts and 17 singles breached the top 12 of the mainstream rock tracks chart. During that era, a single taken from 1988’s OU812, “When It’s Love,” reached the Top Five, peaking at No. 5.

During the recording of songs for the film Twister, escalating tension between Hagar and the Van Halen brothers boiled over and Hagar departed on Father’s Day, 1996. The band had recorded “Humans Being,” a song for which Eddie claimed he had to write all the lyrics since Hagar’s were “too cheesy.” 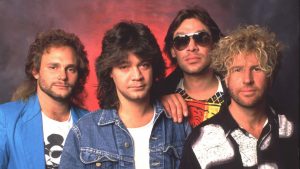 This upset Hagar, and when they were to record a second song for the soundtrack, Hagar was in Hawaii for the birth of his child. It was not an easy birth as the baby was breech, so needed to be delivered via C-section. He was not keen on doing soundtrack work since it would make the music hard to obtain for fans, “abusing” them, so the second track the band were to record became an Eddie/Alex instrumental, “Respect the Wind.”

The band was also working on a compilation album. This led to conflicts with Hagar and the group’s new manager, Ray Danniels, (Ed Leffler’s replacement and Alex Van Halen’s former brother-in-law), even though it was Leffler who had renewed their contract with Warner Bros. Records and had added in the Best Of album option years before.

Hagar was reluctant to work on a compilation album before a new album came out and the band fell out, leaving the management siding with Eddie and Alex. Hagar also had concerns over comparisons on an album which featured both his work and Roth’s. Hagar claimed that he was fired; Van Halen claimed that he had quit.