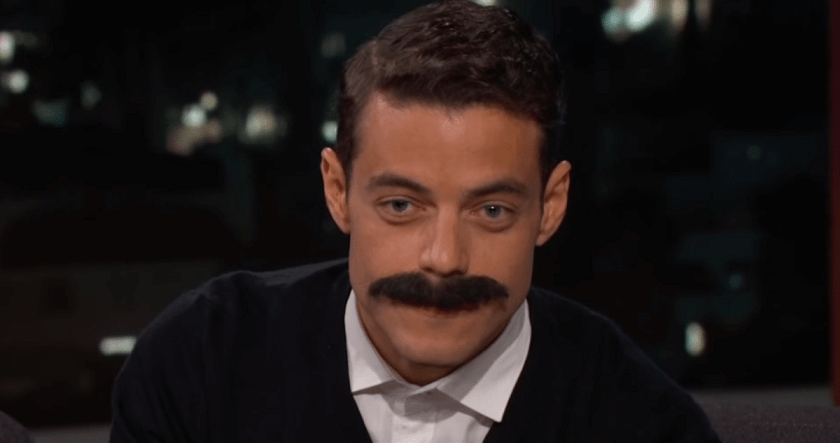 Rami Malek was on Jimmy Kimmel and talked about playing Freddie Mercury in his new film “Bohemian Rhapsody”. He revealed how he got the role and what it took to look like Freddie, and how it was fun on the set pranking one of his cast mates, working with Mike Myers, and reveals what it was like meeting Freddie Mercury’s sister.

It has been some time already that guitarist Brian May and drummer Roger Taylor have  the concept of “Bohemian Rhapsody” finalized – they will even be the executive producers of the film. In interviews, they say the idea is to make a more “familiar” movie, which can, in a way, hide details about Freddie Mercury’s personal life.

The singer was bisexual, but May and Taylor have previously revealed that the singer’s sexual orientation was not known to them in Queen’s time. The absence of mentions of Mercury’s sexuality would have even made the actor Sacha Baron Cohen – initially quoted to play him in the film – to give up the role.